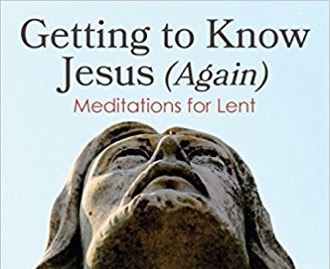 Click this book cover to read our interview with Peter Wallace.

RE-DISCOVERING LENT—What does Lent mean to you, these days? An opportunity to try kick a bad habit? Maybe to stop swearing? Or give up chocolate and shed a few pounds? As popular Day 1 radio host Peter Wallace tells it, there’s so much more to the centuries-old observance of Lent than those typical options. Lent is an opportunity to move closer to a “life of learning and giving and sharing and growing,” he says. If you are among the 2 billion Christians starting Lent in this new week, Peter says, then making Jesus your daily companion is the best way to step toward that “life you can’t wait to wake up for in the morning.”

This week, Peter Wallace talks with ReadTheSpirit Editor David Crumm about rediscovering the spiritual riches of the Lenten season. This invitation couldn’t be more timely!

Ready for Lent? For Valentine’s Day?

Click the image to learn more about Our Lent.

STRANGE CONVERGENCE—As Holidays columnist Stephanie Fenton reports, soon 2 billion Christians around the world will be in the midst of the reflective period that leads to Easter. For Western Christians, the solemn observance coincides with Valentine’s Day! So, in Stephanie’s Ash Wednesday column, she has a news item about how some church leaders are urging followers to schedule their celebrations of love earlier this week. After all, this week brings Fat Tuesday (or Shrove Tuesday or Mardi Gras)! And, yes, Stephanie has an array of delicious holiday-related recipe links you’ll want to explore.

Eastern Christians, this year begin Great Lent with their traditional Clean Monday on February 19. Stephanie also reports on the February 11 and 18 preparations for Eastern Orthodox Lent in the celebrations of Meatfare and Cheesefare Sundays, when the faithful begin to pare away major elements of their daily diets for the fast that start on Clean Monday.

VALENTINE’S DAY—Of course, in the midst of her Lenten coverage, Stephanie devotes a special column to Valentine’s Day as well. She’s found some great links for DIY crafts, including one for kids from Disney.

READ ALONG WITH THE SEASON—This week, we hope you also will consider ordering ReadTheSpirit Editor David Crumm’s book, Our Lent: Things We Carry. This is a 40-day, 40-chapter invitation to enjoy a combination of faith and self-guided reflection. Each chapter shares a biblical story from Jesus’ final journey to Jerusalem, insights from our daily lives today—and then stories from the lives of pop culture stars, including the spiritual writer Thomas Merton, the actress and singer Judy Garland, the country musician Merle Haggard and even the beloved Cat in the Hat.

And, for movie lovers? Many of our loyal readers visit ReadTheSpirit for our faith-and-film columns, mainly written by film critic Ed McNulty. If you love movies, then you’ll be inspired throughout Lent with Ed’s book, Jesus Christ Movie Star. This is a great choice if you want to invite friends, or your small group, to join you. McNulty provides everything you need to spark spirited discussion from the best film clips to show your group—to dozens of questions you could ask about each featured film. You’ll explore hits like The Passion of the Christ and Jesus Christ Superstar. And some surprises, too! Can you find Gospel themes in Cool Hand Luke and Broadway Danny Rose? 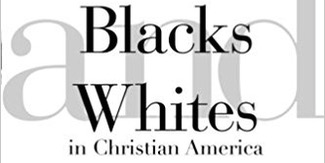 Click this cover image to read about Briggs and Emerson.

WHAT IS THIS MONTH? Holidays columnist Stephanie Fenton gives us an overview of this observance honoring African American milestones.

MICHAEL EMERSON ON BRIDGING OUR DIVIDES—Religion correspondent David Briggs talks with sociologist Michael Emerson, a leading expert on racial divides in American religious life, about the state of our deep divisions in 2018—and the potential of “humility research” to lead us closer to reconciliation.

AND FROM INDIA—Indian families around the world turn their thoughts to Lord Shiva this month in observance of Maha Shivaratri, which means “Great Night of Shiva.” On this holiday, many Hindus believe that Lord Shiva performed the Tandava—the cosmic dance of creation, preservation and destruction. So, some of the faithful observe an all-night vigil. Stephanie Fenton has the story and has even spotted a fascinating news story with photos about a 7th-century temple in India dedicated to Shiva. 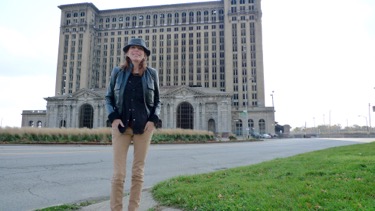 Click the image to read Suzy’s column about Julie Taubman.

GOD SIGNS—Suzy Farbman’s column this week recalls the creative life of Julie Taubman, who used her many talents and advantages to promote a renewed interest in Detroit and the fine arts. Julie loved spending time with Detroit greats like novelist Elmore Leonard—as well as folks she met in many of the city’s neighborhoods.

MARKETING—”How often should you check in on social media?” In workshops and other gatherings of media people, this question always is raised. So, this week in our new Front Edge Publishing website, Marketing Director Susan Stitt shares some valuable data and advice about best practices with social media. Care to learn more about publishing options today? Perhaps you’re an author—or know an author. Please, share this home address with friends: www.FrontEdgePublishing.com

FRAN McKENDREE—Long-time readers of our magazine will recall singer-songwriter, retreat leader and peace activist Fran McKendree. He occasionally sends us videos and other columns to post. Fran just alerted us that plans are set for the November 2018 Awakening Soul retreat, so we’ve got details for you. 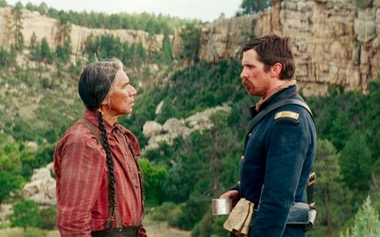 Click the movie still to read Ed’s review of “Hostiles.”