OUR LIVES DEPEND ON ASKING THESE QUESTIONS

WHAT IS ‘FLOURISHING LIFE’?
In our Cover Story, this week, Editor David Crumm talks with one of the leading theologians of our age: Yale’s Miroslav Volf. In his latest book, Volf grabs religious leaders by their collars and demands to know when they will return to teaching about the questions that truly matter. Questions like: How should we live? What is the purpose of a good human life?

Volf and Crumm share a crucial historical perspective on these questions. As Volf explains in his new book, he was born in what was then Tito’s Yugoslavia and grew up energized by theological questions as an alternative to Soviet-era totalitarian regimes. These questions could open cracks in these seemingly insurmountable walls of oppression, Volf discovered at an early age. Of course, he was right. By the late 1980s, those regimes toppled one after another. As they fell, Crumm was one of the journalists who chronicled that historic transformation for American newspapers.

This week’s cover story touches on the importance of that era—but is far more than a history lesson. As they talk, Volf and Crumm argue that Volf’s new book raises questions as urgent as world-news headlines in 2019.

Care to read more? We also have an excerpt from Volf’s book so you can sample for yourself what Volf has written.

LENT FROM EAST TO WEST—Christians around the world soon will be observing the Lenten season of reflection that leads to Easter. Western Christians—the majority of Christians in the U.S.—begin with Ash Wednesday on March 6. Holidays columnist Stephanie Fenton takes a look at Ash Wednesday, including news items about the popularity of Lent in 2019. AND—Stephanie’s column also has a recommendation of our popular book for the season, Our Lent: Things We Carry. THEN—Eastern Christians—perhaps better known as the “Orthodox”—begin their Fast of Great Lent with Clean Monday on March 10. BAHA’Is WORLDWIDE soon will be marking a series of days “outside of time,” which help to re-orient their 19-month religious calendar. They also are approaching their own annual season of fasting and reflection.

Want to see all the upcoming Holidays & Festivals?

Please, Congratulate Our Authors with Us UofM FUNDS DR. WAYNE BAKER
The UofM regents awarded $500,000 to Give and Take, an Ann Arbor-based company co-founded in 2016 by sociologist Wayne Baker, the Robert P. Thome Professor of Business Administration at UofM’s Ross School of Business—and the author of United America. The company developed a software platform called Givitas that encourages collaboration, information sharing, and problem solving and transforms workplaces into communities of productive generosity. “I am thrilled to have my university involved,” Baker said. “My dream is it would be useful for the university.” Here is the complete UofM news story.

A BROTHER’S TRIBUTE TO HIS SISTER
Praise from family members is common in most families—but this is an especially notable public example of family support. Ron Sider, a well-known evangelical writer, teacher and activist, wrote the preface to his sister’s new memoir Light Shines in the Darkness. That’s the story of Lucille’s life-long journey to live with the trauma of childhood sexual abuse. Her book already is helping countless readers nationwide, as we explained earlier in our profile of Lucille. Now, Ron has continued his support of Lucille’s work of helping others by recommending her book to his nationwide audience.

‘HOW WEST POINT LIFTED UP A YOUNG BLACK MAN’
We are thrilled to see that many journalists are highlighting the life story of retired Col. Clifford Worthy, which is captured in the memoir The Black Knight. One of the latest is courtesy of Michael Hodges of The Detroit News. Please take a look at Michael’s story and share it with friends. 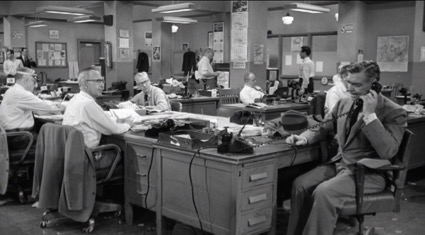 DO I NEED A COPY EDITOR?
In this week’s Front Edge Publishing column, Dmitri Barvinok answers one of the most common questions when publishers meet with new authors. The short answer is: Yes! That is, if you don’t want to wake up as the author of a brand-new book full of embarrassing errors. Dmitri writes about the many reasons you’ll sleep sounder and wake up refreshed as an author—if you’ve got talented copy editors on your side. 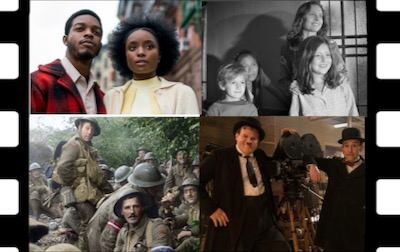 Click on the image to learn more about the February 2019 issue of Visual Parables Journal, which includes complete study guides to Beale Street, Roma, Bumblebee, Stan & Ollie and many more movies.