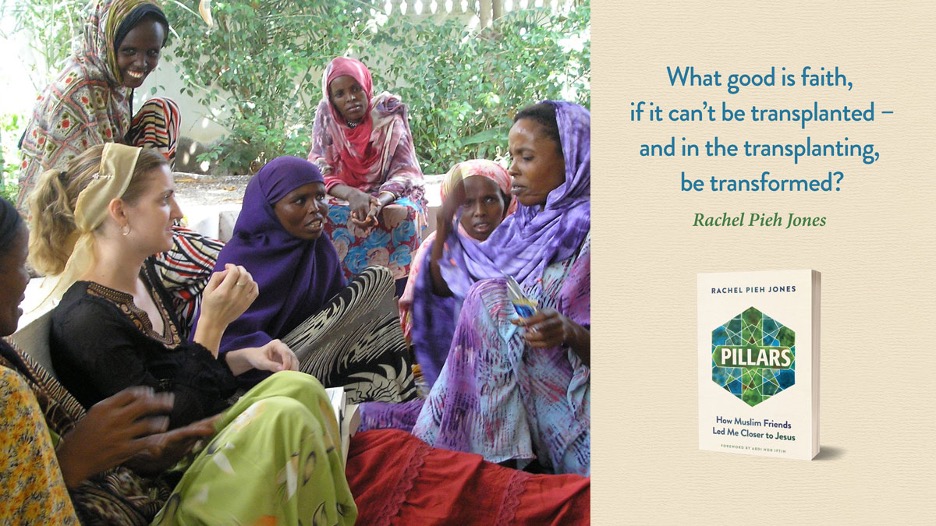 ‘When I learn about your faith, I deepen my faith’

RACHEL PIEH JONES EXTENDS ‘A HOLY WELCOME’ TO ALL OF US

THIS MULTI-TALENTED WRITER FROM AFRICA sincerely means it when she offers “a holy welcome” to newcomers from various races, cultures and religious backgrounds. She is interested—and writes globally—about issues ranging from family dynamics and women’s health to running and recipes. Most importantly, she has just published what we describe as a first-of-its-kind book by a Christian author that eloquently explains the Muslim faith’s close parallels to Christianity through the experiences of everyday family life. This is an amazing “page turner” of a book. Please, read our cover story and share it with friends. We know you’ll want to meet Rachel, because you probably share some of her many interests.

And, illustrating the diversity of Rachel’s work …

SHE REGULARLY ENCOURAGES OTHER WRITERS

FOR our Front Edge Publishing page this week, Rachel shares a wonderful column that all writers should spend a few minutes reading. She calls it quite simply: 10 Ways to Generate Story Ideas. Not only does she share her tips—she also links many of those tips to actual magazine-style stories she has published. This is a real treat for the writers among us.

PLUS, SHE’S A CANCER SURVIVOR

FROM HER EXPERTISE WITH CANCER and CAREGIVERS, Rachel shares with us a column she wrote headlined, Gifts for those with cancer—and their caregivers, which appears this week in our We Are Caregivers section.

LIKE RACHEL PIEH JONES, our author and columnist Suzy Farbman is a cancer survivor—and often uses her column to encourage others along that challenging journey. This week’s column is a personal reflection on how much the arts—especially musical theater—can inspire us even in the midst of our deepest struggles.

OF COURSE that means our beloved photographer, columnist and author Rodney Curtis has a lot of fun stuff “submitted for your approval” in his newest column, which he sub-titles: What an incredible time to be alive!

TO BE PRECISE ABOUT THIS HEADLINE, Bill is always rethinking people’s responses to the Bible. Bill is a long-time, award-winning journalist who covers religious diversity around the world. In a new series of columns on his website, Bill has been reporting on some ways the Bible remains both relevant and surprising—including the latest comments from the prosperity-gospel evangelist T.D. Jakes about his need to rethink the Bible. Here’s a two-part column headlined: When one’s theology runs into reality—and changes, which prominently features Jakes. Then here’s a second column headlined: Does the book of Revelation really matter? Finally, Bill’s third Bible-related column is headlined: Theologians challenge the Vatican on LGBTQ+ issues. AND PLEASE NOTE—If you like Bill’s perspectives in these columns, then you’ll really appreciate his new book, Love, Loss and Endurance. 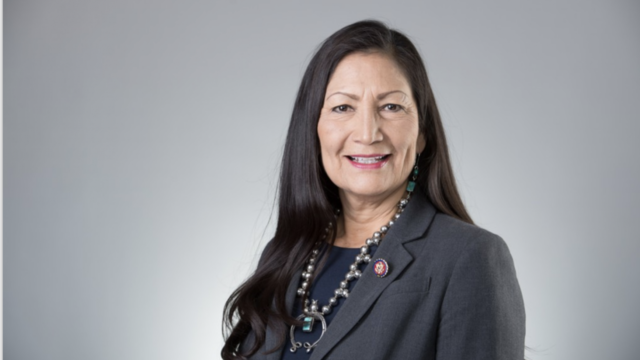 THE PHOTO WITH THIS NEWS ITEM SHOWS Deb Haaland, the first Native American cabinet secretary in Washington D.C. Our colleague, MSU School of Journalism’s Joe Grimm focuses his column this week on both the appointment of Haaland as U.S. Secretary of the Interior—at the same time international headlines are revealing the tragic depth of violence against Native children during the era of prison-like boarding schools. This is an important emerging news story—and our publishing house is proud to be part of MSU School of Journalism’s efforts to help lift up Native voices and concerns.

BIBLE SCHOLAR and LEADERSHIP COACH LARRY BUXTON is offering a rich array of resources to the millions of churchgoers who—all this summer—will be hearing the ancient story of David in churches that follow “lectionary” readings of the Bible. Larry has a whole series of great videos ready to enrich our experience of those stories from the Hebrew scriptures.

THANKS to THE INTERFAITH CENTER at MIAMI UNIVERSITY in Ohio, Mindy Corporon will appear on the evening of Tuesday, June 15, for an online event about her timely new book, Healing a Shattered Soul. Please click here to visit EventBrite and register for this free virtual event—and please tell friends about this. Care to learn more about Mindy’s inspiring online work? Here’s an earlier story we published about her talks via streaming video. 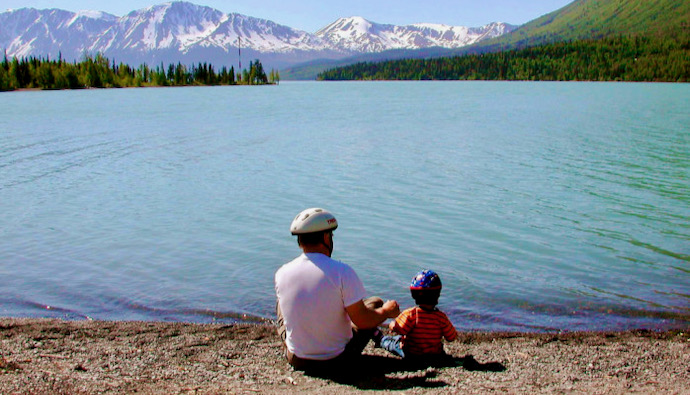 Are You Ready for Father’s Day?

DID YOU KNOW that interest in Father’s Day has been growing? That’s especially true this year as families in many parts of the U.S. are emerging from pandemic isolation. Holidays & Festivals columnist Stephanie Fenton has the story. Plus, as she always does, Stephanie adds lots of helpful links, ranging from food to gift ideas.

NEED GREAT GIFT IDEAS? Susan Stitt writes about 7 books for Father’s Day that are sure to make you Dad’s favorite child!

STEPHANIE FENTON WRITES, “Picnics on the beach, wreaths of wildflowers, bonfires and Midsummer parties—Scandinavian-style—abound: Across the Northern Hemisphere, June 20 brings the summer solstice; on June 24, countries across the globe celebrate Midsummer.” Her column even includes a link to a tutorial for making flower crowns!

Birthday of the Army

JUNE 14, 1775, is the annual Birthday of the Army. That’s the date the Continental Congress authorized enlistment of riflemen to serve the colonies. Our authors and contributing journalists around the world pursue peace and that includes the authors of our books about military service. Clifford Worthy’s The Black Knight: An African-American Family’s Journey from West Point—a Life of Duty, Honor and Country, which tells the inspiring story of West Point’s oldest living Black graduate, is rooted in Worthy’s deep commitment to the church and timeless religious values. You also can encourage community relationships with our millions of veterans by reading our 100 Questions and Answers about Veterans: a Guide for Civilians. Coming later this year will be James Lee Dozier’s memoir, Finding My Pole Star: Remembrances of a Well-Lived Life of Service. Dozier is the U.S. military leader who survived kidnapping by Italian terrorists in the 1980s. Like Worthy’s book, Dozier’s connects the challenges of a life of service with the timeless values of faith.

ON JUNE 16, the world’s Sikh community will recall the life and the martyrdom of Guru Ajan Dev Sahib. In Sikh tradition, this guru is revered in part because he compiled the teaching-scriptures that form the core of the Sikh faith to this day, known as the Adi Granth. Holidays & Festivals columnist Stephanie Fenton has the story.

For Pride Month, Susan Stitt tells the story of Front Edge Publishing’s long-standing commitment to LGBTQ inclusivity. This is part of our over-arching commitment to encouraging the appreciation of diversity in all forms, including racial, religious and cultural diversity. As Susan tells the story, she highlights some of the best books on LGBTQ inclusion that are used today in small groups nationwide. 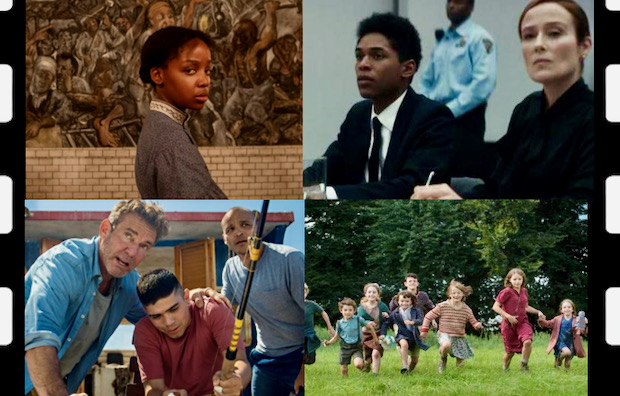 CLICK ON THIS COVER IMAGE from the June 2021 issue of Visual Parables Journal to learn more about this new issue of Ed McNulty’s guide to discussing films from the perspective of faith.