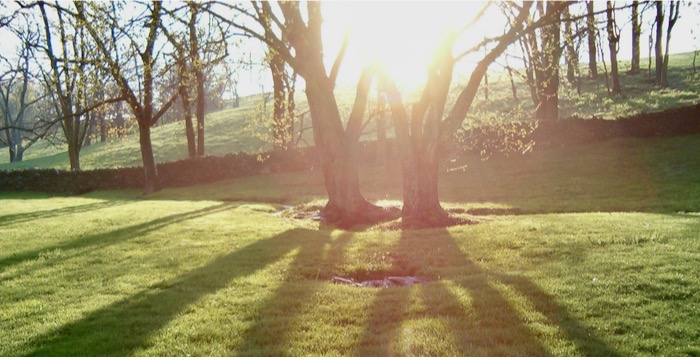 Every week for more than 13 years, men and women across the nation have written to our online magazine about the inspiring and challenging stories we have published. Occasionally, these writers send us full-fledged columns they hope we will consider for publication. Over the past week, we have seen an exceptional wave of these messages, which we are calling “Letters to America” and “Voices of Reassurance.” And we will begin this series with—

From Lucille Sider: ‘You Are Not Alone’

‘DEAR FRIENDS,’ Lucille begins. Her letter starts our series, because Lucille’s concern always is the health and wellbeing of the men and women she encounters—certainly our physical health, but also our mental health. Please read Lucille’s letter and also the invitations she offers at the close of her note—and share these letters with friends.

From Larry Buxton: ‘A Better Way to Win’

LARRY BUXTON asks us: “This autumn, how often do you find yourself asking this question: How will this battle end?” Well, there are more possibilities than a zero-sum struggle to the end, Larry tells us this week in a video letter. Like Lucille, Larry also extends an invitation for readers to connect with his ongoing teaching and storytelling.

From Duncan Newcomer: ‘Do we need another Lincoln?’

LINCOLN SCHOLAR Duncan Newcomer asks us: “Have you noticed, this autumn, that there is a lot of talk about how we need another Lincoln? Wherever you turn in major magazines and newspapers and even on air, these days, we keep hearing this question: Whose Lincoln do we want and need right now?”

From Michael McRay: ‘The stories that might help save us’

THE FOURTH LETTER in our series this week comes from the opening pages of a remarkable new collection of true peacemaking stories by Michael McRay—a book called I Am Not Your Enemy. In a grant-funded educational project to promote peacebuilding, Michael carefully collected these stories from places such as Israel, Palestine, Northern Ireland and South Africa. As Michael explains in his opening pages: When he was finished with his long journey, he realized how important it was to tell everyone—everyone around the world—that their individual story truly matters.

From Craig Lemasters: Join a “first” on Oct. 6

CRAIG LEMASTERS is a business innovator, which means his unique “letter” this week has been shared across multiple platforms, including social media, email and newsletters. On Facebook, he puts it this way: “Is your business stuck? Feel like you’re just not growing or changing fast enough? What if you could tap into the knowledge and experience of a handful of people who have been exactly where you are?” The big news this week is that Craig is focusing his message in a global book launch via YouTube streaming. We’ve got the details and, yes, you can join that event.

From Rabbi Bob Alper: ‘And I’ll take a side of laughter with that, too, please.’

BOB ALPER’s letter also is a multi-media invitation. The nation’s only practicing rabbi who also is a full-time standup comic, Bob has had to adapt to pandemic distancing. First, he offered daily Quick Laugh videos. Now, he’s inspired to share a series of daily cartoons. You’re sure to want to get these—so please read this short letter from Bob. And, share it with a friend who needs a good laugh.

Click on this photo from the 1947 production of ‘New Orleans’ to read Ed McNulty’s full review.