FACING THREATS TODAY—Chaldean Americans have survived thousands of years of wars and a host of other global threats—including the need to transplant their ancient community to the United States after threats from Iraq, ISIS and the sectarian violence across the Middle East. However, more recently, federal authorities in the U.S. swooped into their neighborhoods to question and detain hundreds of community members. U.S. officials threatened them with deportation back to the very dangerous region they had fled to save the lives of their families.

Most Americans are unaware of the distinctive culture of their Chaldean neighbors, who worship as Catholics and work side by side with their neighbors in a wide array of businesses and professions. Those Americans who know the term “Chaldean” associate the name with Sunday Bible study, because Chaldean Americans’ ancestors played crucial roles in Bible times.

Now, top journalism students at Michigan State University have published a fascinating guide to these remarkable people—painstakingly fact checked with a blue-ribbon panel of experts. Please, read this week’s cover story, consider ordering a copy of this inexpensive book via Amazon or Barnes & Noble—and share this valuable news with friends. This new book is valuable for students, educators, human services professionals and anyone involved in community leadership.

LENT for 2-billion-plus Christians: Stephanie Fenton’s column on Lent also has a recommendation of our popular book for the season, Our Lent: Things We Carry. 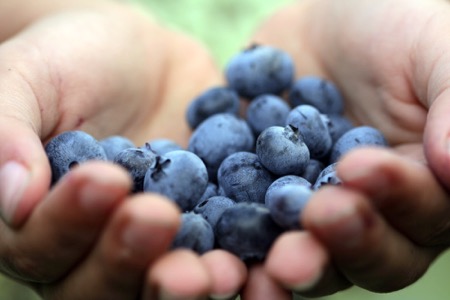 OUR FRONT EDGE PUBLISHING column today is from Dmitri Barvinok with news about a revolution in next-wave eBook reading devices with a technology media professionals have been trying to perfect for decades: Yes, it’s Scratch ‘n’ Sniff, soon to be available for eBooks. Dmitri even offers a blueberry-scented sample!

‘OUR MUSLIM NEIGHBORS’—Lots of terrific authors are on the road this spring—and one of the most important is Victor Begg with his inspirational and sometimes downright funny stories from his new memoir, Our Muslim Neighbors. Of course, we know our readers live all over the world. However, please check out this list of a dozen upcoming public appearances by Victor. Regional news media already are covering Victor’s tour, such as this report in The Arab American News. If you’re near Michigan, the real highlight is Victor’s appearance at the Arab American National Museum on April 8. Come on along! Our motto for 12 years has been: “Good media builds healthier communities.”

And, Meet …
‘The Black Knight’

AN APRIL 6 MUSEUM RECEPTION—Another heroic author you can meet in April is Col. Clifford Worthy, the author of the memoir The Black Knight. Again, we understand that our readers circle the globe—but, if you happen to be around Michigan later this week—you’ll definitely want to stop by the Museum of African American History in Detroit to meet Cliff and have him sign a copy of his inspiring book.

FAITH & FILM FOR LENT (WEEK 5)—Ed McNulty continues his day-by-day Lenten reflections on great films. Last week, his seven meditations focused on films about fathers—so, this week’s series looks at stories about mothers in film and scripture. Click on the image to read this week’s daily suggestions.