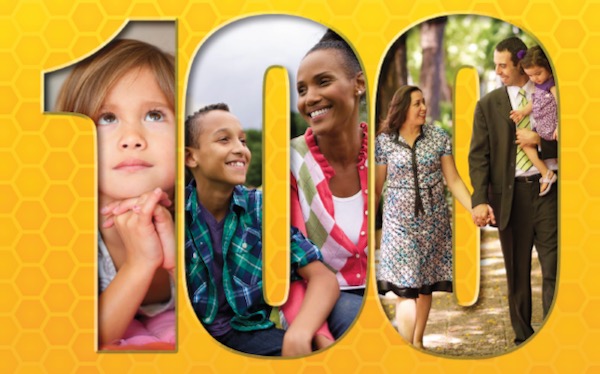 As Americans Move Toward Unity, Once Again …

MSU JOURNALISM STUDENTS, known as “THE BIAS BUSTERS,” launch their 18th guide to cross-cultural awareness—focusing on the uniquely American religious movement, the Church of Jesus Christ of Latter-day Saints. Our Cover Story this week tells why they chose this subject for their latest book—and why understanding religious minorities is crucial in bringing Americans back together, again.

One inspiring comment you’ll find in our Cover Story comes from an LDS member who reflects on the pain of bias that comes from the myths and stereotypes so many Americans hurl around in everyday conversations. “When our hyper-focusing on differences causes us to lose sight of our common humanity—and we treat people as less than human because they’re not like us—we betray the ‘better angels of our nature.’ The world is less full of love, joy, and peace. Everyone suffers when one suffers.”

Please learn about this important new book, published as the Latter-day Saints are nearing the 200th anniversary of their origins as a religious movement, and share this news with friends. 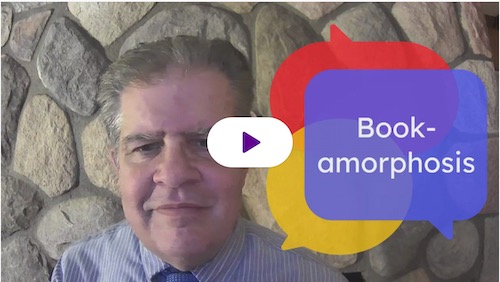 How Journalists Help Us …

… by Cutting Through Myths that Divide Us

GIVE MSU’s JOE GRIMM 3 MINUTES—and he’ll give you a quick overview of how these MSU School of Journalism Bias Busters books take shape. Joe calls this brief video “Book-Amorphosis.” It’s a great reminder of the vital role journalists play in bringing us fair, accurate and balanced reporting. What’s more? Journalists tend to do that with remarkable speed, precision and flexibility. After relentless attacks on journalists, it’s time to remember how important this profession is in our democracy. Watch the video and share this story with friends.

CONSIDER FOR A MOMENT: Giving someone copies of this MSU Bias Busters series is a great way to start the process of reuniting America after one of the most deeply divisive periods in our history. Let’s all encourage friends, families, neighbors and co-workers to learn more about our cultural, ethnic, racial and religious minorities as a way to help heal our wounds. Here’s a link to the Amazon page that displays the entire series of 18 Bias Busters books.

AND THAT’S NOT ALL! The other book series we have launched to help Americans remember the values that unite us started one year ago this week with the publication of 30 Days with Abraham Lincoln. Were you struck by the comment, above, invoking our “better angels”? That’s an appeal to Lincoln’s wisdom—something that all Americans, whatever their political affiliation today, are willing to do to find common ground. Please, if you’re making a holiday gift-giving list, also consider ordering a copy of our Lincoln book for yourself—and for someone on your holiday shopping list, this year.

And Speaking of Books with Healing Wisdom …

THE SECOND VOLUME in the series that began with Abraham Lincoln is 30 Days with King David on Leadership. Got room on your holiday shopping list for one more book? Want to learn more about how David can play a role in bringing people together? Visit author Larry Buxton’s website to get his free, weekly videos that will add just a few minutes of wise inspiration to your week. This week’s subject is: ‘Calmness Is Contageous!‘

Celebrating a Courageous Prophet of Inclusion

FOR SIX YEARS, DR. DAVID GUSHEE has helped thousands of Christian families around the world learn to love each other more fully, after decades of heart-breaking evangelical condemnation of LGBTQ loved ones. That’s how Dr. Gushee describes the worldwide work he launched in 2014, a story captured in his book Changing Our Mind. Last week, we celebrated Dr. Gushee crossing the milestone of 20,000 copies sold. Now, we are reminding readers that one major catalyst in his prophetic work occurred six years ago this week. Ever since that moment on November 8, 2014, we have been streaming the video of his keynote address at The Reformation Project conference in Washington, D.C. Please, share these stories with friends to help expand this healing message to even more families.

ON NOVEMBER 11, a new National Museum of the United States Army will open in Virginia with a live-streamed ceremony followed by public access following COVID-19 safety procedures.

Stephanie Fenton’s column includes a 3-minute video about the new facility. And, at the close of her column, she has a convenient link to the online clearinghouse for news-updates about special restaurant offers to treat vets on this national observance.

FESTIVAL OF LIGHTS—More than 1 billion people around the world celebrate this festival of lights, which originated in India, as Stephanie Fenton reports.