Our authors ask: What is the character of our peacemaking?

COVER STORY—What are the iconic images of Memorial Day? A man, a woman or a child pausing in prayerful reflection in a cemetery, near the grave of a loved one who served in the military. Such powerful images of war and peace! They bring tears to our eyes, because this is the eternal spiritual struggle that explodes into headlines in every season—especially this spring. It’s a spiritual tension in all of the world’s great faith traditions. This week, Larry Buxton invites all of us to take part in an ongoing national conversation on the tensions between war and peace.

Are You Pausing in Remembrance?

MEMORIAL DAY, MAY 31—Americans feel comfortable traveling again this year, but the advice from travel experts and civic leaders nationwide is: Plan ahead. Check online for the latest details concerning your destination, including Memorial Day programs. Even though many of these traditional gatherings are held outdoors, many communities are requesting advance registration. Holidays & Festivals columnist Stephanie Fenton has our story.

GREG GARRETT, who has taught at Baylor for many years, wrote this remarkably thoughtful column about Baylor University’s ambivalent treatment of its LGBTQ students. Greg is a noted religion scholar and the author of many popular books. Since the founding of ReadTheSpirit online magazine in 2007, we have featured interviews with Greg and recommended his books nearly three dozen times. In his analysis of what went wrong at Baylor—and his challenge to Baylor officials in the future—Greg also draws on the wisdom of our author Dr. David Gushee, who wrote Changing Our Mind. 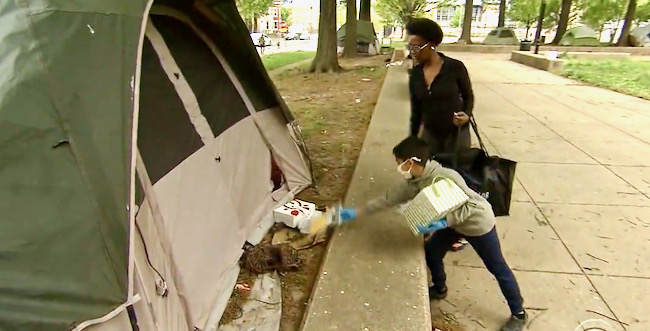 And Speaking of Selfless Caregivers …

THIS WEEK IN OUR We Are Caregivers section, you can watch the inspiring 90-second video from CBS News of 8-year-old Zohaib Begg, who is proving that community caregiving has no age limit. Watch it! You’ll want to share it!