The whole world is asking these questions

When you’re healthy, you may not think twice about a question like: “Who shall live and who shall die?” For Jews, this is a central question of the High Holy Days: a small yet powerful handful of words among the hundreds of traditional words Jewish men and women pray, chant and contemplate between Rosh Hashanah, the Jewish New Year, and Yom Kippur, the Day of Atonement.

This year, millions of non-Jews also are pondering those sacred words, with the total of global cases of COVID-19 approaching 30 million and deaths nearing 900,000. Who else hears those solemn questions each year with high anxiety and often with broken hearts? Anyone who struggles with cancer in their own life or in the lives of loved ones.

For the Jewish High Holy Days, this year, we are pleased to debut the storytelling wisdom of a new author in our global community of authors. He’s Howard Brown, who built his career as a Silicon Valley software and social media developer—while serving as a courageous advocate for the Jewish community and for interfaith peacemaking around the world. Last week, Howard wrote about a shofar that was brought to him—halfway around the world—by a Muslim friend as a sign of peace.

In this week’s inspiring Cover Story, Howard takes us even deeper into Rosh Hashanah and Yom Kippur with this story about the ultimate questions we all share. Please, read this story and share it with friends.

THEN, LET’S MAKE THE MOST OF IT, Rabbi Alper writes this week in our Front Edge Publishing column. In this column, he describes several adapted programs he is successfully using to reach out through the Internet. This is a column that any author—or teacher or community leader—will want to read as thousands of community groups are ramping up their online presence. Rather than surrendering to the pandemic, Bob’s road show now cruises the Internet, drawing crowds each time he performs. 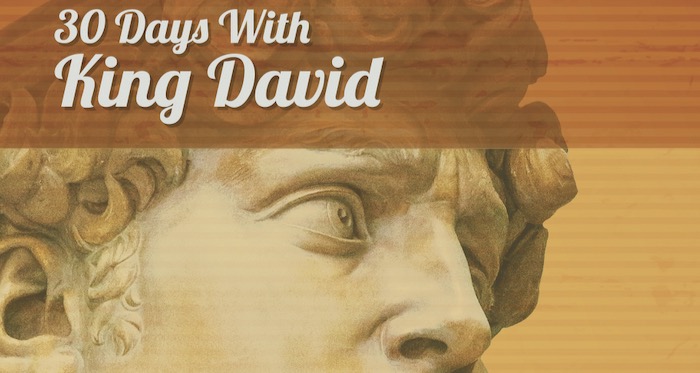 … OF LARRY BUXTON’s new book, 30 Days with King David on Leadership. Readers nationwide know Bill Tammeus as a master-journalist in covering religious diversity. He’s also got a wry wit that, this week, he turns toward the many trials and temptations of King David. Bill has a purpose in this witty column: He’s praising the new book by Larry Buxton about David for the remarkable feat of turning this often-flawed ruler into an inspiring lesson about the importance of the classic values that define leadership.

FROM PEW RESEARCH—This amazing study by a Pew team of researchers should be downloaded by anyone who cares about the faith of our families and the future of our congregations. Just one example from the report: “For instance, 73% of teens give the same answer as their parent about how important religion is to the parent, and 68% of parents give the same answer about how important religion is to their teen.” Amazing, isn’t it? Our “kids” really are influenced by the way we live out our religious lives.

How a True Leader Expresses Empathy

HOW SHOULD A LEADER RESPOND? September 2020 has been marked by many tragedies nationwide—from wildfires in the West to the ongoing COVID-19 pandemic to reflections on the 19th anniversary of the terrorist attacks on 9/11/2001. Our national conversation has often turned to the best examples of leadership in times of tragedy—so, Lincoln scholar Duncan Newcomer reminds us of this famous presidential response in 1862..

Click this photo to read Ed’s entire review of ‘By the Grace of God.’