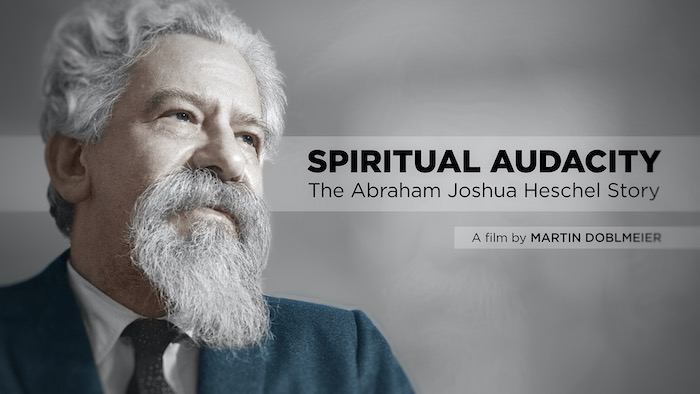 STARTING THIS MONTH, documentary filmmaker Martin Doblmeier’s new film about the courageous Rabbi Abraham Joshua Heschel is showing nationwide through public TV stations and online streaming. At the same time, Doblmeier is planning an ambitious series of programs all across America to spark discussion on an urgent question: “How can we raise up the prophetic voices we need right now in this country?” Our Cover Story this week describes the importance of this new film about Heschel, including a 3-minute video preview and a full film review by Ed McNulty. We also include links to download free discussion guides provided by Martin’s production company—and we provide links to Martin’s other three films in this prophetic series, focusing on Dorothy Day, Reinhold Niebuhr and Howard Thurman. In this Cover Story, you’ll find everything you need to organize a small-group program—or a series of programs—in coming months. Please, share this news with friends.

A Prophet in our Midst Today

Mindy Corporon: A week of tragedy and prophetic recommitment to teaching compassion

DON’T MISS THIS REMARKABLE STORY—The events of this past week would have devastated a lesser prophet, but Mindy Corporon weathered tragedy and dared to return to one of the most emotionally traumatic scenes of her life this week—with a recommitment to her message of compassion. This story represents what a true prophet today can choose to do in the face of overwhelming violence—and tragedy as fresh as news from this past week.

In ’30 Days’ and many ways, 4 authors are encouraging a national conversation

OUR ’30 DAYS WITH’ SERIES OF BOOKS now has four authors from across the U.S. sharing with their own audiences about collective ways we can encourage a more constructive national conversation. In this week’s Front Edge Publishing column, we look at how they are doing this via video, audio, news stories in major publications and personal columns on their own websites. As they introduce their audiences to each other, they are creating new communities. Please, share this news with friends.

MOST OF OUR BOOKS ABOUT CAREGIVING recommend that all of us spend more time reflecting on the natural world around us. In Lucille Sider’s memoir, Light Shines in the Darkness, the visual metaphor on the book’s cover is a glorious, sunny morning in a tree-lined meadow. This week, as spring breaks out across North America, Lucille reminds all of us of this glorious beauty through a short poem that you can share with friends.

HANNAN CENTER:
Inviting You to a Virtual Opening of this Unique Exhibition

IT’S FREE TO ATTEND—Detroit’s nationally known Hannan Center is inviting all of us to attend a virtual opening at Hannan’s main art gallery—an exhibition in which artists interpret issues around the caregiving experience.

Sharing the Holy Fire from Jerusalem

EASTERN ORTHODOX EASTER was May 2, this year, and the world awaited to see how that ancient tradition would unfold at the Church of the Holy Sepulchre, where last year pilgrims were not allowed into the church due to pandemic restrictions. This year, the church once again was packed—with pilgrims who could demonstrate they had been vaccinated—and the Holy Fire spread from the church around the world. Kevin Vollrath reports on this tradition in 2021 from the perspective of Aboud Emmanuel, a Greek Orthodox priest whose own ancient church is north of Jerusalem.

As American families are preparing for Mother’s Day, Muslim families also are planning ahead for family gatherings to celebrate the end of the Ramadan fast. At this time of year, bakeries specializing in serving Muslim communities will be working overtime to produce all the extra sweets.

OUR HOLIDAYS & FESTIVALS COLUMNIST STEPHANIE FENTON reports this week on the upcoming festivals that are major part of the Muslim fasting month: The mystical Laylat al-Qadr marks the night the Quran was first revealed to the Prophet Muhammad; and later the Eid ul-Fitr is usually a big family celebration of the end of the fast. For Eid, congregations pray together; visits are paid to family and friends; sweets are enjoyed; and carnivals, vacations and gatherings are common. Although more Eid events will take place this year than did last year, pandemic restrictions are still being enforced at most public events worldwide. 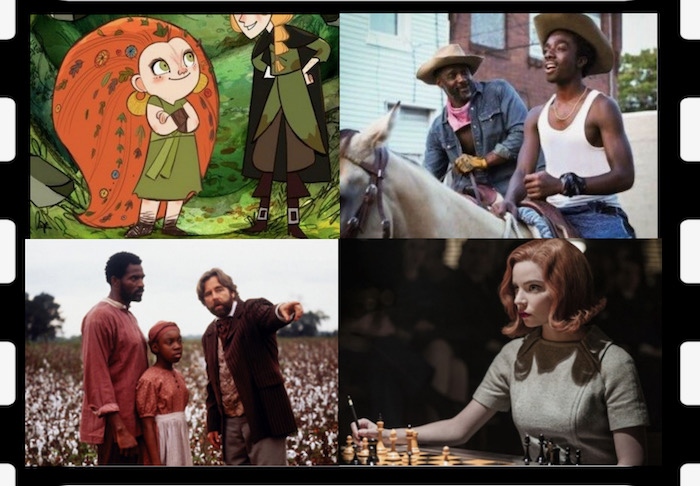 Click on this preview image to learn more about the May 2021 issue of Visual Parables Journal, which is packed with complete discussion guides based on popular films such as Wolfwalkers and Concrete Cowboy, as well as the very popular streaming series Queen’s Gambit—and the 1996 movie Nightjohn, written by Bill Cain. Below, you’ll find a link to Ed’s recent interview with Bill Cain about his long writing career, including the new book The Diary of Jesus Christ.