AMERICANS LOVE TO HONOR THEM

BUT DO WE KNOW THEM? Columnist Martin Davis writes our Cover Story this week, suggesting that July 4 is an ideal reminder to get to know a family with ties to our service personnel.

Martin begins by sharing some fascinating facts about America’s active-duty men and women, as well as our veterans. Then, the heart of this column follows Martin’s personal journey toward new friendships—because his own family now includes a young U.S. Marine. At the end of his story, we’ve added recommendations of a couple of new books that will help you learn more about the millions of active-duty and veteran families nationwide.

Please, read Martin’s story and share this with friends via email or social media. Think about sparking a small-group discussion. We always invite readers to print out inspiring columns like this and share them with friends in that format, as well.

Planning a Day at the Zoo this Week?

WILD WONDERS—EVEN IN A WHEELCHAIR: This week, Suzy Farbman writes about her family’s recent visit to the Detroit Zoo, which has recently added a wheelchair adapted cart so groups can make their way around the vast park. Suzy also tells the story of how their host, Ron Kagan, built the zoo into a world-class attraction.

ARE YOU READY FOR JULY 4?

MILLIONS ARE PLANNING PARTIES—So, before you finalize your plans, read Stephanie Fenton’s column about the holiday, which contains a dozen fascinating links to everything from recipes to tips for a successful party.

NEXT WEEK, 5 million Baha’is around the world will observe the Martyrdom of the Bab, a founder of their religious tradition, in 1850. AHEAD OF THE TREND—Journalist David Briggs’ latest report on scholarly research focuses on new studies of an ancient value: humility. David writes: “New studies indicate the simple act of recognizing the limitations of your own worldview and having an open mind toward other’s perspectives, a concept referred to as cultural humility, can lead to profound changes in the way we view, accept and even forgive one another.” Click here to visit the website of the Association of Religion Data Archives (ARDA) to read David’s entire column. 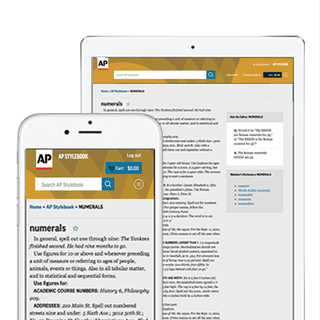 About 200 changes were made, some of them as a result of AP editors talking with Twitter users. You may be surprised, pleased or perhaps frustrated by the news you’ll find in this update.

In his column, Dmitri picked his own most intriguing changes to highlight for those of us who rely on this book. The big changes range from the use of the percentage sign (%) to the complex issues faced by writers and editors when covering race-related issues.

Click this movie image to read Ed’s review of the powerful Netflix miniseries.