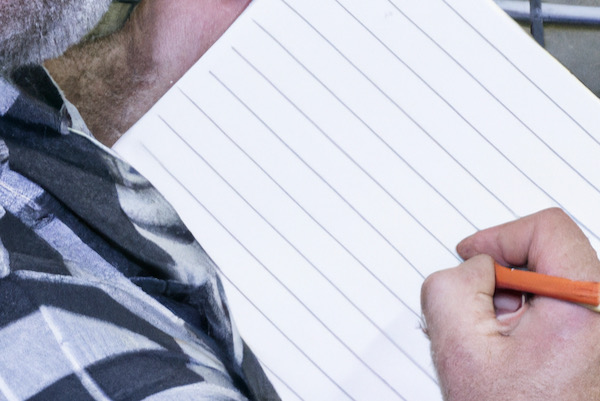 Outreach to our imprisoned neighbors is central to our religious traditions

COVER STORY: Author Tina Welling does not represent any particular religious tradition, but she has spent years demonstrating the spiritual power of writing—specifically writing in journals—to unlock souls who feel trapped within a maze of trauma, addictions and violence.

Many of our Read The Spirit readers, in recent years, have expressed their concern with America’s crisis of “mass incarceration.” We imprison more people than any other country in the world and make little effort to figure out how these millions of men and women can find a healthy way to reintegrate into our communities, when they are released. Tina’s grassroots program to address that problem sprang from her own long experience as a writer—and is a wonderful example of what is possible in outreach to our imprisoned neighbors. Please, read this Cover Story and share it with friends via social medial, email or in your congregation’s small groups to spark discussion.

Want one more good reason to read this story? Because, toward the end, we describe a workbook that Tina provides within her book—a very helpful resource that can inspire anyone to get started with journaling.

Remembrance of Things Past— 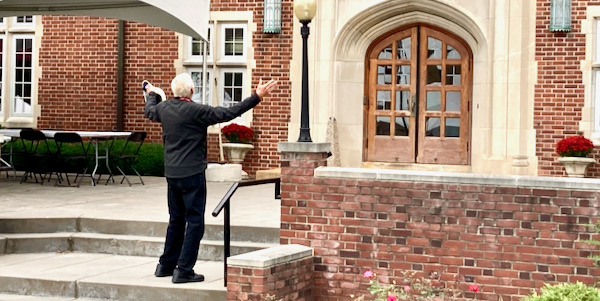 From the journals of Benjamin Pratt

IF YOU’RE THINKING ABOUT JOURNALING, you’ll definitely enjoy the journal entry sent to us this week by Benjamin Pratt, the author of many books and a popular columnist for our online magazine. Here’s the story we are unfolding for you: Above, we have just shared a Cover Story with Tina Welling, who has developed life-changing “journaling” workshops with inmates. And, below, we are sharing Howard Brown’s story of honoring a friend who died last year by planting trees. In this part of our “triptych of memory” is Benjamin Pratt’s story about a pilgrimage with friends back to the campus where they met.

Remembering while Planting the Future

HOWARD BROWN IS ALWAYS SHARING GREAT IDEAS. This week, he writes: “I live every day as an affirmation of my own resilience—something I take very seriously after two near-fatal bouts with cancer—and as an opportunity to give back gratefully to my community and our larger world. There are lots and lots of ways you can do this from simply mowing the lawn of a neighbor who’s having trouble getting around—to organizing larger efforts with friends.” Please enjoy this column—and a mini-gallery of photos—about the Greening of Detroit. It’s such an inspiring idea that you’ll want to share this one with friends. 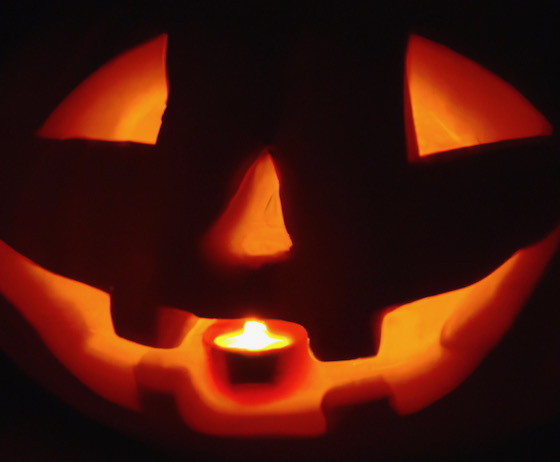 Holidays columnist Stephanie Fenton writes, “From Samhain to Mexico’s Day of the Dead, world cultures celebrate the belief that at this time of year, the veil between this world and the next is particularly thin and ancestors are held close.”

LOOKING AHEAD TO NEXT WEEK, Stephanie reports: “Deeply rooted in a centuries-old Gaelic and Irish seasonal festival known as Samhain, ‘Halloween’ is considered by many to be the only time of year that spirits can roam the earth. From Samhain to Mexico’s Day of the Dead, world cultures celebrate the belief that at this time of year, the veil between this world and the next is particularly thin and ancestors are held close.”

Click this image from the movie to read Ed McNulty’s review of the new Storied Life of AJ Fickry. 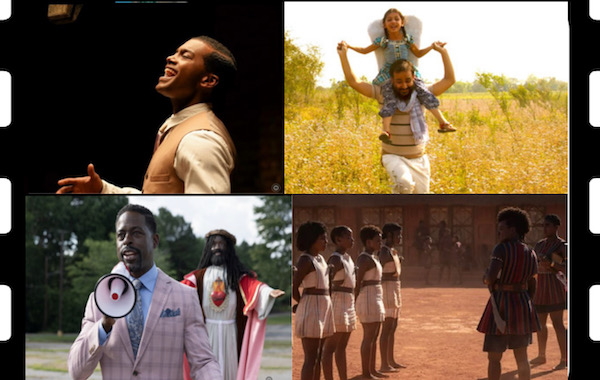