How Our Greatest Writer Was Enshrined in the Heavens 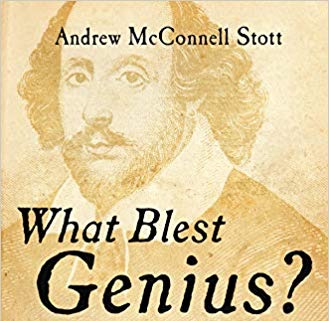 THE SHAKESPEARE JUBILEE—Who is the greatest writer in the English-speaking world? William Shakespeare, of course! However, there was a time—many years, in fact—when Shakespeare was all but forgotten. Now, historian Andrew McConnell Stott brings us the delightful story of the year when daring British entrepreneurs joined forces with Britain’s greatest actor to officially seal Shakespeare’s reputation for all time. After their Shakespeare Jubilee of 1769, a worldwide fascination with his plays arose that eventually evolved into today’s almost universal regard of The Bard’s original works as Holly Writ.

This is a true story full of all the greed, pride, envy, lust—and also the loftiest purity of passion—that are the highlights of Shakespeare’s greatest plays. This is also a true account of ruthless media professionals flocking to a public spectacle both to the detriment and to the enduring benefit of Shakespeare’s most fervent fans. 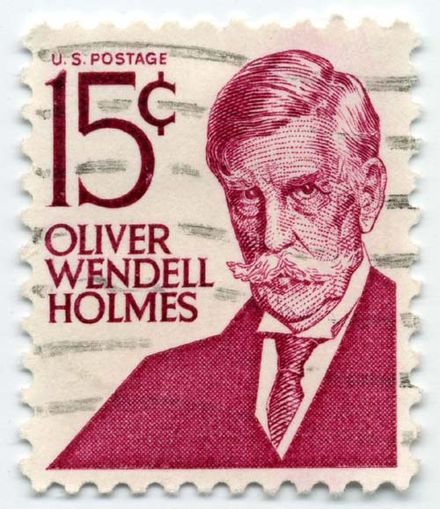 A Courageous Prophet of Free Speech

OLIVER WENDELL HOLMES JR.—A fascinating new biography of the great American Supreme Court Justice Oliver Wendell Holmes Jr. coincides with the centennial of his historic dissent in a free-speech case. While he wrote as the loser in a 7-to-2 ruling against a group of supposedly dangerous immigrants, Holmes soon proved to be right in his vigorous defense of free speech. For 12 years, ReadTheSpirit magazine has published weekly issues highlighting the best in new books and films related to religious and cultural diversity. Many of Holmes’ arguments form the American legal basis for welcoming such diversity. He was not a religious or cultural leader, but his writing often invokes a higher power—and the higher calling of his vocation. 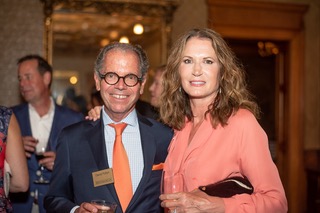 COLUMNIST SUZY FARBMAN, this week, tells the inspiring story of Elyse Foltyn and her family, devastated by the Holocaust. The few survivors who managed to evade the Nazis built new lives, but carried with them the powerful message of the need to remember. Elyse’s father eventually dedicated his life to this effort and, today, Elyse talks about how all of us need to help preserve the memories of loved ones.

Elyse says, “Sooner or later, every one walks through pain. The point is not to come out empty-handed.” Our goal should be “to develop a greater appreciation of life … to become more empathetic and kind.” Please, after you enjoy Suzy’s column, share it with friends. 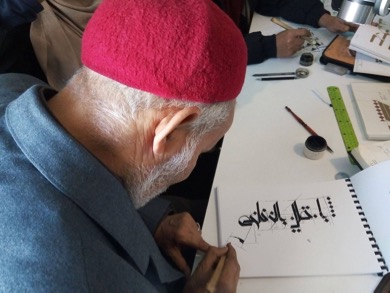 And, Speaking of the Power of Media …

WHAT ARE EDITING STYLES? For at least 1,000 years, book styles have varied across regions, cultures and generations. As our Cover Story about the Shakespeare Jubilee of 1769 points out—editors and publishers always have felt free to adapt original works. In our Front Edge Publishing column this week, Dmitri Barvinok explains the concept of “editing styles”—an important part of the media profession that is little known to most readers. (This photo shows a Muslim master calligrapher teaching his style to students.)

EASTERN or ORTHODOX CHRISTIANS are still looking ahead to their Easter, or Pascha. this week. Stephanie Fenton’s Easter column circles the globe.

TRADITIONAL SEDER meals already have taken place, but Passover extends through this week. Stephanie’s column is packed with fascinating stories for our Jewish—and especially for our non-Jewish—readers. Want to greet Jewish friends, neighbors or co-workers? Stephanie explains what is appropriate.

Already, Muslim families are planning ahead for the many changes they will experience in the fasting month of Ramadan. This observance follows a lunar calendar and continues to move “earlier” each year. In addition, the start of Ramadan often varies, based on sightings of the moon around the world. The best estimate of the starting evening in 2019 is Monday, May 5—with the first full day of fasting on Monday, May 6. 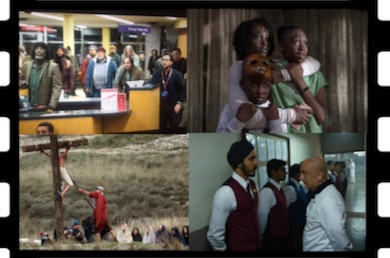 Click these movie stills to learn more about the April 2019 issue of Visual Parables Journal. 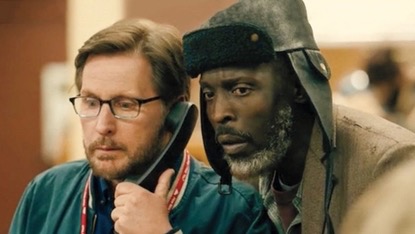 Click on the movie still to read Ed’s review of The Public.