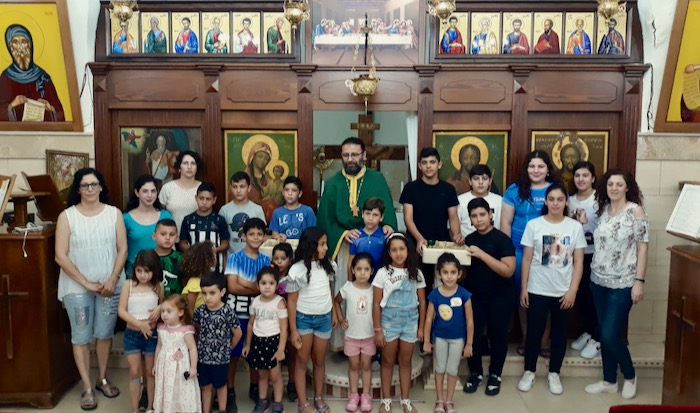 Learning about the lives of nearly 300 million Christians

Right now in America, there’s not a hotter question than: What does it mean to be “Christian”? Of course, that question is freighted with our own “local” political meaning in the United States today. Here at ReadTheSpirit magazine, our goal week after week is to cover global religious and cultural diversity—because we believe that learning about diversity leads to healthier communities.

Around the world, Christians make up nearly a third of the total population, according to Pew Research. However, North America is home to only about 12 percent of the world’s 2.2 billion Christians. That means our American battles over who can be called a “Christian” can sound like a local family feud among the nearly 2 billion Christians who live in South America, Africa, Europe and Asia.

This week’s cover story reminds us, as Americans, about a vast swath of Christianity—nearly 300 million Christians who most Americans tend to forget: the Orthodox. Thanks to researcher Kevin Vollrath and our long-time friend Mae Cannon, ReadTheSpirit plans to bring readers a monthly story from this ancient Eastern branch of Christianity.

We start this week with a story about Father Elias Khoury, a Greek Orthodox priest in Jadeidi, Israel, who is preparing for Great Lent to begin on March 15. That may surprise many of our readers, because we reported on the start of Lent for Western Christians last month! In fact, this year, the Western and Orthodox calendars vary by almost an entire month. Please, read this week’s Cover Story, enjoy learning about how this vast Christian community marks the days leading up to Easter—and share this story with friends.

News and Views from our Authors Rabbi Krakoff at a book signing for Never Long Enough.

RABBI KRAKOFF is a leading expert on grief and end-of-life decisions. He is the author of Never Long Enough: Finding Comfort and Hope Amidst Grief and Loss—and he also appears as an expert in a couple of the other books we are publishing this year: Now What? A Guide to the Gifts and Challenges of Aging as well as Shining Brightly, an upcoming memoir by Howard Brown.

Krakoff’s expertise also is showing up in national headlines, these days, because he appears in Susan Shapiro’s new book from Simon & Schuster, The Forgiveness Tour: How to Find the Perfect Apology. There’s a family connection between Shapiro and the rabbi, so he was on her short list of sages she consulted for her book.

Now, as Shapiro and her book are turning up in various national media stories, so is Rabbi Krakoff since he was part of her “tour” of scholars. An example this week is an NBC News story headlined, The Britney Spears effect: Is Justin Timberlake’s Janet Jackson apology too little too late? Can you guess how Krakoff might play a role in that celebrity story? Well, take a look at the NBC story; Krakoff’s advice appears briefly in the second half of that NBC story.

The point of this ReadTheSpirit news item is: Our authors work on books with us because their real vocation is to add helpful wisdom to the national conversation. Rabbi Krakoff certainly is doing that in many ways.

SUZY FARBMAN: ‘We’re the artists of our own lives’

THIS WEEK, GOD-SIGNS COLUMN by Suzy Farbman invites us to explore the remarkably creative life of Junia Doan, who continues to inspire the world now through online videos.

VICTOR BEGG: ‘Where can we find light?’

INDIAN-AMERICAN MUSLIM PEACE ACTIVIST Victor Begg opens his column in the huge IslamiCity web magazine by reminding us of Amanda Gorman’s poem at the inauguration in January. Then, Victor reflects on what should be the legacy of Black History Month for Americans of all colors.

He calls on readers to expand their awareness of how much we all have benefitted from the civil rights activism of those who have come before us—especially immigrant families. Thinking of all the people of color who risked their lives in this movement, Victor writes, “The path to my own successes in America is paved by their sacrifices, while they continue to struggle under institutionalized racism to this day.”

Victor is the author of Our Muslim Neighbors: Achieving the American Dream, an Immigrant’s Memoir.

CLIFFORD WORTHY: ‘Think about how things could change’

AND SPEAKING OF THE STRUGGLE for inclusion, Col. Clifford Worthy—author of The Black Knight: An African-American Family’s Journey from West Point-a Life of Duty, Honor and Country—is featured in Business Insider online magazine this week, talking about his own history as the oldest living Black graduate of West Point. Business Insider contacted “two celebrated Black veterans” to comment on the nation’s first African-American defense secretary.

Worthy, who will be 93 years old in March, was one of the two Black leaders who told Insider it was “amazing” how much racial attitudes have changed in the US military.

A LITTLE HOSPITALITY GOES A LONG WAY! In our Front Edge Publishing column this week, Editor David Crumm writes about the powerful ways our authors can extend hospitality to each other—with a timely example from Ken Whitt’s Traces of God Ministries website. The Traces news item we are highlighting includes an inspiring 4-minute video about the nearly lost core value of integrity, courtesy of Larry Buxton. When we work together like this, our good news moves farther and faster in the world. 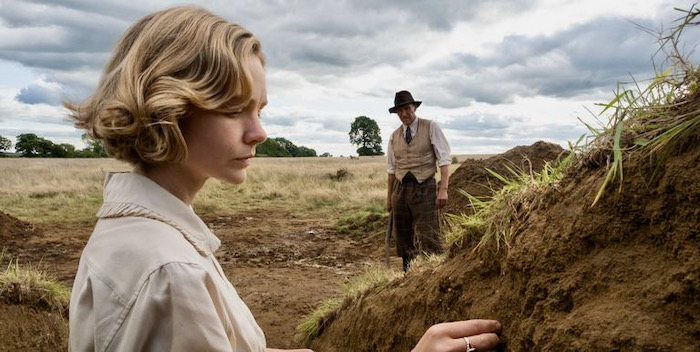 Click this image from the movie The Dig to read Ed McNulty’s review of this Netflix film.