5 Writers on Our Urgent Need to Remember Others

JOIN THE CONVERSATION …
And now for something completely different … This week, contributing columnist Martin Davis welcomed four other writers to respond to his personal story about a startling reminder that stopped him in his tracks. He heard the words: “It’s not about you. It’s about the people …” You’ll be surprised to learn the setting where Martin heard this ringing appeal. The words set him to writing this week’s Cover Story. Then, following Martin’s brief story, our four responses include popular writers Benjamin Pratt, Rabbi Bob Alper and Stephanie Fenton. Please, join this national conversation—and share this cover story with friends.

MILLIONS OF MUSLIM NEIGHBORS are starting the fast of Ramadan today, as this new issue of our magazine is published on May 6, 2019. We’ve got a broad range of coverage: First, you will find a Ramadan story as one of the four responses within our Cover Story (above). Then, you will also want to read Stephanie Fenton’s fact-filled story about the fasting month in her Holidays & Festivals column. It’s also timely to remind you about our 2019 commitment to help combat bigotry by reaching out to our Muslim neighbors in a friendly way. One friendly greeting you can share with Muslim neighbors or co-workers is: “Ramadan Mubarak!”

Want to do even more? Buy a copy of the new book ‘Our Muslim Neighbors’ and become a positive model of change in your community. The author of that book, Victor Begg, was just featured in an in-depth Detroit News profile by reporter Mark Hicks.

And Speaking of Inspiring Friendships …

SUZY FARBMAN shares a delightfully twisting-and-turning true story about caregiver and Motown music fan Fayez Hammoud. At first glance, he seemed an unlikely caregiver for Suzy’s husband, but he has turned out to be a delightful friend. Part of the fun is Fayez’s fondness for celebrities, and their enjoyment of his enthusiasm. This story will make you smile!

Click on this image of Anna Jarvis to read Stephanie’s column.

ARE YOU READY FOR MOTHER’S DAY? Although people have been celebrating motherhood since ancient times, the modern American version of Mother’s Day began in 1908 with Anna Jarvis. Determined to bring awareness to the vital role of each mother in her family, Jarvis began campaigning for a “Mother’s Day,” and finally was successful in reaching the entire country in 1914. However, Jarvis’s concept differed considerably from corporate interests in the holiday. Stephanie Fenton’s column explains how you can mark the holiday as Jarvis intended.

How do we measure up to our Dads? Rodney offers a different perspective.

AND, DON’T FORGET DAD—Now’s the time to plan ahead, because Father’s Day is just a few weeks away on June 16. This year, author and photographer Rodney Curtis already is thinking about his father—because Rodney just passed a father-related milestone that should make all of us stop and think. 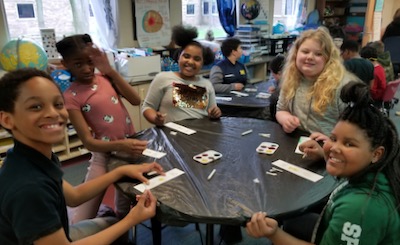 Click the image to read about Linda’s fun with fourth graders.

THE IDEA IS VALUABLE ANYTIME—especially now that the World Health Organization has issued global guidelines urging parents to limit their children’s screen time. What is fascinating about that WHO report is the responses from the families of the inventors of our cutting-edge “screens.” They’re telling journalists now that they have always limited their own children’s use of these devices. Here’s a link to read more about that WHO report and responses from tech gurus. Linda Jarkey, a veteran educator and author of the children’s book Sadie Sees Trouble, just observed the annual Screen Free Week with fourth graders in Michigan. Here’s a link to read more about her—and her work with these kids. Plus, that web page about Linda tells you how to contact us if you would like to arrange an appearance. We all think that “screen free” should not be limited to a single week each year! 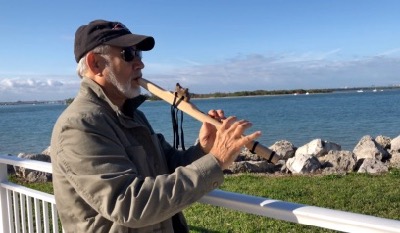 Show Your World on Amazon

AUTHOR VIDEOS—This week’s Front Edge Publishing column by Marketing Director Susan Stitt describes how authors can add great videos to their Amazon Author Pages. Amazon’s online author pages are valuable resources for showing potential readers more about your work as an author. You can upload as many as eight videos—as long as you follow Amazon’s rules. Among the gems in Susan’s column is a link to Victor Begg’s video, shot along the shoreline, as he plays his Native American flute.