THREE SHORT STORIES—AND A MUSIC VIDEO—That’s what author and peace activist Brenda Rosenberg brings us this week along with contributions from other writers and artists. Who knows more about our core American values than the millions of Girl Scouts in the U.S.—connected with 10 million Girl Scouts and Girl Guides around the world? Please, read these short stories from Brenda and these inspiring young women! Prepare to be inspired. And, please, share their stories with friends on social media.

Need a Little Lincoln?
Let’s Remember All We Share

COVER STORY—During COVID-19 distancing, Lincoln scholar Duncan Newcomer’s public radio studio (WERU in mid-coast Maine) is closed for recording. So, he has been unable to broadcast any new weekly episodes of his long-running series of spiritual meditations on the wisdom of Abraham Lincoln, called Quiet Fire. As of this week—and until Duncan can get back to the studio—we will be publishing the texts of his weekly columns each Monday.

WHY NOW? The second half of April 2020 is marked by a tragic return to hyper-partisan political attacks sparked from Washington D.C.—as if Americans should be angry enemies as we face this global crisis. We’ve all seen the explosive tweets calling on partisan groups to begin divisive protests. Just as we need a vaccine and a cure for COVID-19—we need an antidote to that kind of dangerous political rabble-rousing.

WHAT WOULD LINCOLN DO? Wherever you stand on the political spectrum, we all respect Lincoln’s wisdom—and his articulation of American values. That’s why Duncan writes: “Abraham Lincoln is the soul of America, calling us to our best as Americans.”

THIS WEEK, please read and share these episodes of Duncan’s weekly series, Quiet Fire. Collectively, these Lincoln stories represent a call back to our true greatness as Americans.

GET A COPY Duncan’s 30 Days with Abraham Lincoln—Quiet Fire. Each of the 30 stories in this book includes a link to listen to the original radio broadcasts. The book is available from Amazon in hardcover, paperback and Kindle versions. ALSO, you can order hardcover and paperback from Barnes & Noble. In addition, our own publishing house offers these bookstore links to order hardcovers as well as paperbacks directly from our supplier.

… And Speaking of Great Americans … 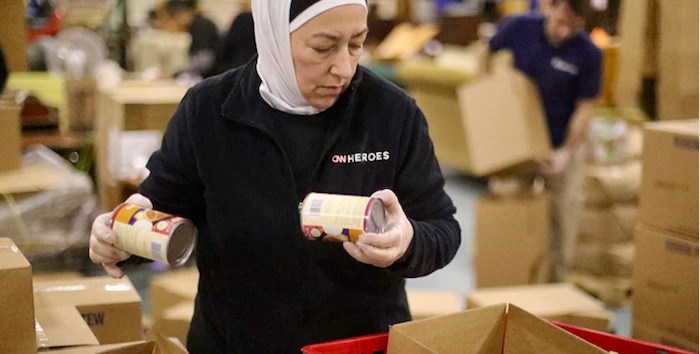 A CENTRAL THEME OF RAMADAN is fasting from dawn to dusk partly to encourage a spiritual connection with the millions of poor and hungry families around the world. Of course, CNN Hero and PEOPLE magazine hero Najah Bazzy lives every day with that awareness as the founder and CEO of Zaman International, a multi-faceted program that focuses on at-risk women and children. ‘THE BEAUTY OF RAMADAN’

Don’t these photos and inspiring stories make you curious about how Islam shapes such a life of tireless service? Well, this week’s Front Edge Publishing column describes Najah’s book, The Beauty of Ramadan.

Najah Bazzy’s overall mission in life is teaching people about Islam and the deep compassion that lies at the heart of all the Abrahamic faiths. From her global perspective, Najah wrote The Beauty of Ramadan to help Muslims and non-Muslims understand the many complex traditions associated with the month of fasting. The book is especially helpful to community leaders who are trying to understand what Muslim families experience. It includes sections of special interest to Muslim—and non-Muslim—human-resources, healthcare and public-service professionals.

Many of Our Authors Are Offering Free Resources

FROM ‘QUICK LAUGHS’ to DISCUSSION GIUDES—Our Publisher John Hile put out the call: “We’re known for publishing books that help people. In the middle of this pandemic, let’s find ways to do more.” Many of our authors are responding with free spiritual resources from teaching and stories and videos—to a Quick Laugh from a famous standup comic. Here’s a Front Edge Publishing column about these free opportunities to let our authors spark a little joy in your life.

GOD SIGNS—Author Suzy Farbman headlines her column this week: Meditation, vocab and other productive ways to spend time during a pandemic. Like most of us, she’s tried a host of ways to cope with isolation and anxiety—from clever ideas for virtual birthday parties to learning new vocabulary words. Most recently, she taking a fresh shot at meditation—a spiritual practice that has eluded her for years. Who does she credit with convincing her that meditation has real credibility? Well, read her column to find out.
.

‘JUMP SHOT’—Here’s a movie you’ll likely overlook without Ed’s help! He gives it 5 out of 5 stars and says this true-life story is perfect for all those of us who are missing the thrill of sports at the moment. Click this photo to read Ed’s entire review. 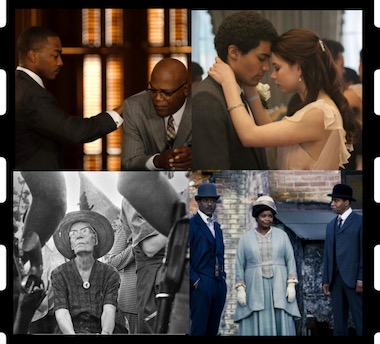 Click this image to learn about the April issue of Visual Parables Journal.