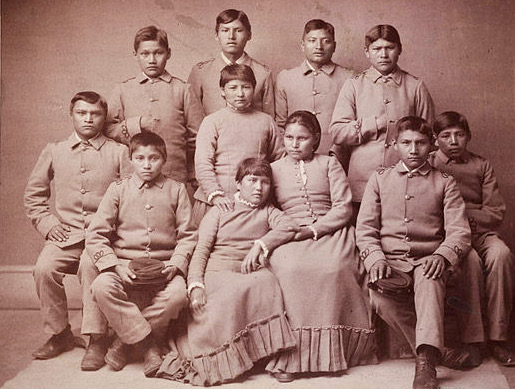 These are just some of the Indian children who were captured and forced to attend Indian boarding schools in the U.S., specifically the infamous Carlisle school in this case. The majority of these children survived this brutal approach to education with lifelong trauma that they passed down through generations of their descendants. However, thousands of children died in these schools—in many cases after assaults or abuse. Now, official forensic efforts to account for the children who died in these schools are sweeping across North America.

How Can We Help? Believe the storytellers. 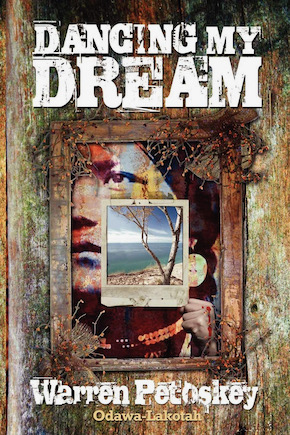 THIS WEEK’s ReadTheSpirit Cover Story is actually a cluster of stories about Native Americans—both the trauma they have suffered over more than a century and the triumphant resilience among members of these tribes who are determined to thrive as vital communities within North America.

FIRST, read our opening story, headlined: Exposing the horrors of the Indian Boarding Schools—Why we need to read Warren Petoskey’s ‘Dancing My Dream’ in 2021. In this opening story, Editor David Crumm explains why global headlines in June 2021 about the discoveries of mass graves at these now-defunct boarding schools represent important news for all of us. You’ll learn why Native American concerns are so important to our publishing house team—and you’ll learn why you should read Warren Petoskey’s memoir this summer. Please, share this timely story with friends, as well.

SECOND, our publishing house team’s founding principle is: “Good media builds healthy communities.” And, indeed, some Native American communities have become successful models for public health responses to the COVID pandemic. No, not every tribe has been successful in combatting the pandemic. And, all tribes have lost beloved Elders. However, we want to lift up and celebrate the important work some tribes have done. In our weekly We Are Caregivers section this week, please read Native American caregiving for COVID ranges widely from tragedies to model public health responses.

THIRD, we take a closer look at two books we publish with Native American writers—of course Warren’s memoir and also 100 Questions, 500 Nations: A Guide to Native America, by the Native American Journalists Association. Please take a moment to check out both of these books in our Front Edge Publishing column, this week, headlined: Since our founding, Front Edge has been lifting up Native American voices.

ONE KID, ONE MISSION—LOTS OF GOOD NEWS

LARRY BUXTON’S WEEKLY VIDEOS keep turning up both great stories and timeless wisdom that Larry gleans from his illustrations. This week, people are buzzing about Larry’s The Parable of Shane Jones, which you can watch right now on Larry’s website. (And, while you’re there, sign up to get free email updates from Larry so you don’t miss any of his once-a-week doses of video inspiration.) This Rhode Island teenager hit upon a unique mission and, as a result, has been sparking “good news stories” in media all across the country. In fact, our publishing house staff reached out to Shane this week to let him know that Larry was retelling his story. Shane was thankful. He’s also finding himself showered with inquiries from people who would like to donate to his ongoing work. Shane says the easiest way to do that is through his Venmo account: Shane-Jones-202

Please, enjoy Larry’s version of Shane’s story—share it with friends—and let this young man’s compassionate light shine on others who might decide to do likewise in their parts of the country.

IN HER GodSigns column this week, Suzy Farbman takes us way back to 1992 to the scene of her 25th wedding anniversary at their family farm in Michigan. She shares some colorful photos of friends—and reminds us of the memorable parable she shared that day about two frogs who … Well, please read her column and share it with friends.

David Edwards: Raise awareness of ‘What Belongs to God’

THE FAMILY of the late David Livingston Edwards is working hard both locally—and globally—to raise awareness of David’s inspiring call to “Choose Peace” in his memoir titled, What Belongs to God. That appeal comes through in the story of David’s life, in the music he loved to write and perform—and in the step-by-step discussion guide that is a part of the book. The latest stop in that ongoing effort will be July 10, 2021, at a local bookstore in Lynchburg, Virginia—a date to mark for our readers who live in that part of the country. Here are the details for that event on the website for David’s book.

Victor Begg: Sign up for a free July 18 interfaith conversation

OUR FRIENDS AT THE INTERFAITH CENTER at Miami University in Ohio have invited Victor Begg as the featured speaker at their July 18 online conversation. These events are wonderfully diverse dialogues—and they’re free of charge. Here is the EventBrite page to register for that event. Victor’s memoir is a delightful and inspiring story of an immigrant who arrived in America with high hopes, an entrepreneurial spirit and an eagerness to embrace our country’s vibrant diversity. If you’d like to prepare for the July 18 event by reading Victor’s book, here’s the Amazon page.

Plan Ahead for Fourth of July

THE ADVICE IN OUR JULY 4 Holidays & Festivals column is to plan ahead because, while many public venues will bring back big fireworks displays this year—others still are cancelling them. We’ve got links in Stephanie Fenton’s column to find out much more about regional options for families. This is a column you’ll want to share with friends nationwide.

Click this photo to read Ed McNulty’s review of the new movie Fatherhood.