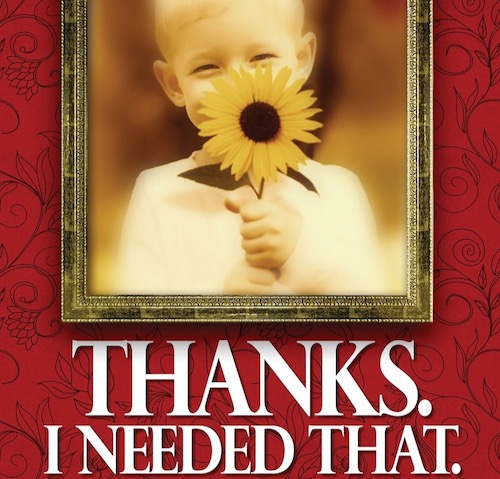 GET YOUR FREE collection of Rabbi Bob Alper’s inspiring and often amusing real-life stories in his book, Thanks. I Needed That. As the COVID-19 crisis spreads around the world, our publishing house staff continues to produce books that rest on our founding promise: “Good media builds healthy community.” And, what is more important right now than recovering hope—spreading smiles and reassurance? That’s the main theme of Bob’s book—and his famous standup comedy tours across the U.S. Since those in-person tours are on hold, Bob is eager to keep reaching out to share his best life-giving stories.

START THIS COVER STORY by reading this Front Edge Publishing column in which we explain this free-eBook offer, which we are extending for a limited time.

THEN … THE BEST GOOD NEWS THIS WEEK! 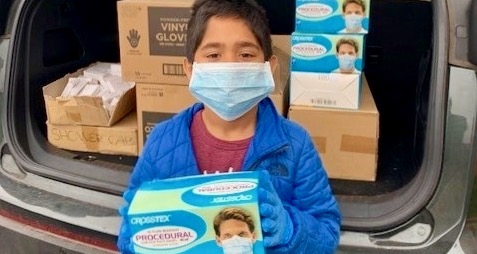 .
VICTOR BEGG’S LITTLE GRANDSON startled all of us adults, this week, with his innovative idea to collect supplies for professionals on the front lines of the COVID-19 crisis. This is the kind of Good News story that needs to spread far and wide: A little boy with a big idea is making a huge difference, connecting his community’s resources in new ways. We learned about this news story as it first appeared in a local Virginia newspaper, because the little boy is the grandson of our author Victor Begg. (NOTE: Have you taken a moment to order your copy of Victor’s memoir about his family, Our Muslim Neighbors? Well, this news story about his grandson is exactly the kind of selfless community service we find among our Muslim neighbors. Thanks Victor for your family’s outreach!)

PASSOVER and HOLY WEEK ARE COMING

WE ARE PROUD AS A PUBLISHING HOUSE that, over the past 13 years, we have been able to publish authors ranging from secular institutions (including universities and major nonprofits) to writers who are Christian, Jewish and Muslim. Because our national community is so diverse, we are receiving many hopeful messages from our Jewish writers and readers—who are preparing for Passover on the evening of April 8—and from our Christian writers and readers who are preparing for Easter on April 12 and Orthodox Pascha on April 19.

THIS PAST WEEK, the spiritual realms of the Internet blossomed as tens of thousands of congregations moved online to share hopeful messages, worship services, Bible studies, hymn sings—and even prayers and paintings you can share with others. 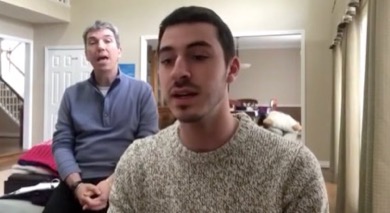 PRAYERS FOR HEALING AND PEACE—Just as the story about Victor Begg’s remarkable grandson is spreading across social media, a short video of Jewish prayers is spreading across social media as well. Rabbi Joseph Krakoff is best known for his work with the Jewish Hospice & Chaplaincy Network and as the author of Never Long Enough, an innovative picture book that helps families reflect on the lives of loved ones. Please, read this story about the Krakoffs’ online prayers—and watch the short video you’ll see with the column. Then, share it with friends.

Debra Darvick: ‘Why Is This Night Different?’

PASSOVER‘s crucial question is the title of Debra Darvick’s new column. Debra is an author, educator, media innovator and writes especially about her Jewish faith and heritage. She wrote this poem in preparation for Pesach 5780 in the Jewish calendar.

IN A COLUMN HE CALLS “IT,” author Rodney Curtis shares everyone’s rants about the state of our world today. “IT” is making us all furious with the mounting toll in lives and relationships! So, what can we possibly do in the face of such fear and frustration? Well, one thing we can do is tell great stories! And, that’s Rodney’s specialty. Read this column—and shake off some of your own ranting and raving along with Rodney—then, in the middle, you’ll find a link to watch videos of Rodney reading the opening chapters of his baseball novel, Hope’s Diamond. Go on! Enjoy Rodney’s column and share it with friends.

Click this banner for the Dorothy Day Story to read more and get the streaming link.

HOMEBOUND?
LIFT YOUR SPIRITS WITH STREAMING