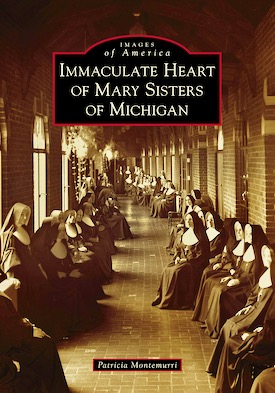 COVER STORY—The nostalgic photo, above, summons deep memories for millions of Americans who were taught by nuns. But make no mistake! Patricia Montemurri’s new book about one of the most influential orders to serve American families makes it clear that these sisters—brilliant pioneers in many fields—are now a global model for Green living.

Yes, their numbers have dwindled—and their ages have risen—but a few women still are joining the order. Most importantly, even as they have aged, these pioneers have focused their ministry on what the can control. That includes a multi-million-dollar transformation of their enormous Motherhouse in Michigan into a global model of green systems.

Please, read Patricia Montemurri’s cover story this week; consider ordering your own copy of her book (either from the convenient Amazon links or through a special direct-order link we have included to maximize the revenue going to IHM ministries from book purchases). And, of course, share this news with friends! Remember, millions of Americans have memories of the nuns who once taught them—or shaped their lives in other important ways. (For example, did you know White Stripes co-founder Jack White was a student of IHM sisters?)

MARCH 8-14—Did you know that, in recent years, this special week encourages people nationwide to celebrate the powerfully progressive work of Catholic nuns in this country (and around the world as well). Patricia Montemurri’s Cover Story includes IHM-related background on this festival. And, you can learn more at the official Catholic Sisters Week website, which includes additional resources plus news about regional events. 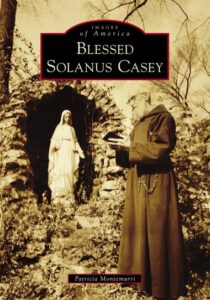 Patricia Montemurri also wrote a fascinating column for our Front Edge Publishing blog about her ongoing work with Arcadia Publishing. Especially if you are interested in Catholic history and culture, by reading that Front Edge column, you’ll learn about her two earlier books on Catholic themes—plus an upcoming fourth book. Got a Catholic on your gift list this year? These make terrific gifts that spark lots of memories—and can inspire future spiritual reflection.

And there’s more: Are you a journalist, a regional writer or a history buff? Patty also explains in her column how Arcadia caters to such professionals, helping them finally to produce those local books they’ve hoped to see in print.

A PERFECT YEAR FOR ‘OUR LENT’—Holidays & Festivals columnist Stephanie Fenton reported on the start of Lent recently for 2 billion Christians: “With Lent quickly approaching and Easter on the horizon, Western Christians enter the season of repentance.” (Click to read more.)

The annual observance of Lent—the season of spiritual reflection leading to Easter—is growing across the U.S. Around the world, 2 billion men and women mark Lent as a part of the Christian calendar.

If you’re looking for an inspiring book to read day-by-day along your own Lenten journey this year, we recommend Our Lent: Things We Carry.

These 40 daily stories by David Crumm highlight 40 “things” that Jesus and his followers encountered in the final days of his life, which is the biblical story Christians remember as Easter approaches. Then, each chapter connects the Bible lesson with our own daily lives—as well as the lives of men and women who are celebrated in our culture, including the spiritual writer Thomas Merton, the actress and singer Judy Garland, the country musician Merle Haggard and even the beloved Cat in the Hat.

MONDAY EVENING the festivities, masquerades, plays and sweet treats of Purim recall the ancient victory of the Jewish people due to the courageous Esther. Stephanie Fenton has the story—along with a delicious recipe for Hamantaschen cookies by Bobbi Lewis. HINDU COMMUNITIES around the world also are celebrating the colorful festival of Holi. Stephanie Fenton writes: “Termed the Festival of Colors, Holi calls all participants to set aside castes and manners for the day so that young and old, rich and poor, men and women can all gather to welcome the joy of spring.”

And Now for Something Completely Different …

GOD SIGNS—Week after week, Suzy Farbman brings us inspiring and sometimes downright funny columns about the remarkable men and women she meets in her travels. Well, this week, she invites us to meet—yes, some lovable cats! In a column guaranteed to make you smile, Suzy also has added a number of great cat photos.

THANKS TO PETER WALLACE and DAY1 RADIO!

LISTEN IN! If you haven’t discovered Day1 radio, we invite you to visit the Day1 website this week and learn more about a broadcaster near you—or about ways to stream Day1 online. Founded in 1945, Day1 Radio began as “The Protestant Hour” and has evolved under the direction of author and broadcaster Peter Wallace into a source of inspiration from some of America’s greatest preachers and teachers. Since we founded ReadTheSpirit in 2007, Peter and his team have been mutually supportive in many ways. (Stay tuned! Later this year, we’ll have a Cover Story about Peter’s latest book.)

Day1 has consistently encouraged its audience to pick up a copy of Duncan Newcomer’s new 30 Days with Abraham Lincoln—Quiet Fire. This week, you can read a free sample chapter from Duncan’s book on Day1’s website.

Also this week, Day1 is promoting a major fundraiser in Georgia with our author, the standup comic Rabbi Bob Alper, who is co-branding a special appearance of his Laugh in Peace Tour with Day1. You’ll see the details on Day1’s front page, if you happen to be in Georgia. Care to laugh a bit this week? Check out Bob Alper’s Life Doesn’t Get Any Better Than This or his Thanks. I Needed That.

Click on these images to learn about the March 2020 issue of Visual Parables Journal, complete with many timely faith-and-film discussion guides. 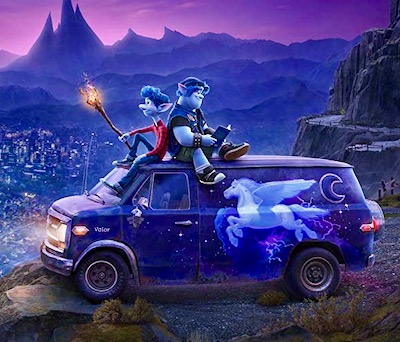