Taking Down the Ropes of Segregation 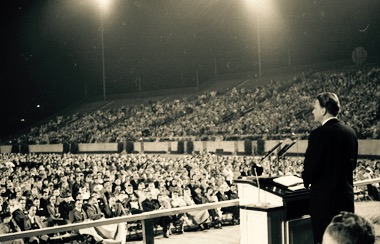 Click on the image to read the story and watch the videos.

BILLY’S COURAGE—Billy Graham lived so long that millions of Americans today have forgotten his courage in the 1950s in confronting and combatting racism. “America’s Pastor” lived so long that his legacy now is shaped by the next generation in his family, who seem eager to double down on bigotry—eclipsing the direction Billy seemed to be leading evangelicals in the middle decades of the 20th century. In our Cover Story this week, ReadTheSpirit Editor David Crumm reflects on Billy’s life and legacy—and shares a series of short videos of Graham and Dr. Martin Luther King Jr. This is remarkable, inspiring viewing! Please, take a moment to read our story, watch these brief videos—and then share this story with friends.
.

‘RAT FILM’—If you’re so frustrated with complacency about racism that you really want to feel the outrage, then tune in Theo Anthony’s provocative documentary about … Well, what is this film about? That’s the question Anthony poses as he begins with disturbing scenes about the rat infestation in Baltimore’s impoverished neighborhoods. Is this documentary disturbing? Yes! Will it spark discussion? No question! Check out our review of Rat Film, which includes information about tuning in the documentary. 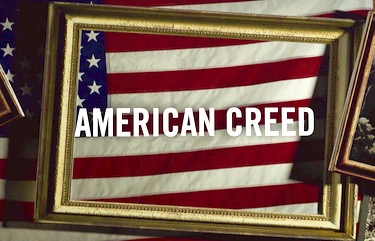 Click the image to read about the new ‘American Creed’ series.

‘AMERICAN CREED’—This new series is truly a PBS landmark, so don’t miss it! We say that, in our review today, partly because American Creed asks viewers to spend time watching stories that are heart-felt and compelling—but do not have the kind of high drama we expected from the Olympics, from top-rated police shows or even from provocative programs like Rat Film. With this debut program, PBS is committing itself to a multi-year project that will lift up grassroots stories that show ways we can be united as Americans. The debut is co-hosted by Pulitzer-prize-winning historian David Kennedy and former U.S. Secretary of State Condoleezza Rice.

Purim, Holi, Lent—and all the Holidays

PURIM—The story of Purim is found in the pages of the book of Esther in the Hebrew scriptures, writes Holidays columnist Stephanie Fenton. To mark Purim at sunset on February 28, fruit-filled cookies are served, outrageous costumes are donned, plenty of wine is consumed and comical skits entertain jovial audiences. And, yes, Stephanie includes links to recipes for triangle-shaped Hamentaschen cookies.

A BAHA’I FAST—The Baha’i community around the world begins a fast, this week, as one year comes to an end and the faithful prepare for a new year, coming later in March. COLORFUL HOLI—In India and around the globe, on March 2, the thrilling Hindu festival of Holi begins. Termed the “Festival of Colors,” Holi calls all participants to set aside castes and manners for the day so that young and old, rich and poor, men and women can all gather to welcome the joy of spring. Stephanie Fenton reports on the festival and also points out some regional variances—plus, she includes a news item on the alternate Sikh observance Hola Mohalla.

NATIONAL DAY OF UNPLUGGING—Plan ahead to take part in two national campaigns to reduce our “screen time,” especially among children. ReadTheSpirit fully supports such efforts, as you will read in our column about these two observances. One of these campaigns even has a direct religious connection, drawing on ancient wisdom. Plus, we provide links to the two websites that can connect you to other folks joining these efforts.

JOIN US ON GOODREADS! Are you a part of the Goodreads online community? Well, in this week’s Front Edge column by Susan Stitt, she explains why that’s a great idea. Susan also provides direct links to connect with her (and with David Crumm), if you’re new to that online community and want to make a couple of new friends right away. It’s pretty easy—and its home, now, to 65 million book lovers! Care to learn about the wide range of publishing options today? Perhaps you’re an author—or know an author. Please, share this home address with friends: www.FrontEdgePublishing.com 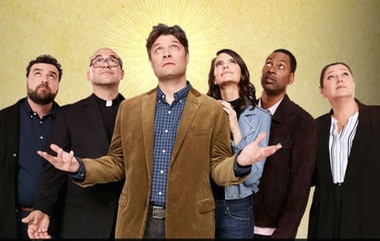 ED McNULTY is introducing a weekly discussion guide for the debut of the new CBS series, The Year of Living Biblically.

Among Ed’s other free reviews and columns are: