‘AT OUR BEST AS AMERICANS …’

MEET A REAL-LIFE KNIGHT—Let’s make a New Year’s Resolution to take steps toward uniting our deeply divided nation. That’s why our online magazine is so proud to report, this week, on the remarkable new memoir: The Black Knight—An African American Family’s Journey from West Point to a Life of Duty, Honor and Country.

This is the memoir of retired Col. Cliff Worthy, who was among the first courageous African-American cadets sent to West Point in the era when President Harry Truman was trying to integrate the U.S Army. In his Foreword to this book, retired U.S. Rep. John Dingell Jr. says that all Americans will benefit by reading this true story.

Dingell writes: “This memoir of retired Col. Cliff Worthy may seem like the story of one family, but it really is the story of many American families. Cliff’s story reminds all of us that—at our best as Americans—we are called to help each other build a stronger, healthier community. America’s great strength is that we come together here—we come together in all of our wonderful diversity, reflecting our families’ origins in places around the world.”

Please, read our Cover Story this week about The Black Knight. Please, consider ordering a copy of this book—and share this news with friends. POSADAS NAVIDENAS—The colorful, lively nights of Las Posadas begin the countdown to Christmas in Mexico, Guatemala and parts of the United States tonight, as an ancient tradition is reenacted.

DECEMBER 21—Wherever you live—and as long as men and women have walked the earth—the solstices have been marked as auspicious turning points in the calendar. For our Northern readers, this is the winter solstice!

WHEN IS CHRISTMAS? For centuries, the date of Christmas—like the date of Easter—has varied in Christian communities around the world. Around the world, some Eastern Orthodox churches celebrate The Nativity at the end of the first week of January. Each year, the “last” Christmas is celebrated by the Armenian Patriarchate of Jerusalem on January 19. However, across most of the United States, Eastern and Western Christians will celebrate together on December 25. In the U.S., our Orthodox neighbors began their period of fasting and reflection—the Nativity Fast—weeks ago. Then, on Sunday December 2, Western Christians joined this season of lights and special prayers, called Advent.

HOLIDAY GIFT GIVING—There’s still time! Need a few more gifts for the loved ones? Consider giving great books. (As of Monday, December 17, Amazon still is promising to deliver books before Christmas!) To help, we’ve published an overview of some terrific gift-giving ideas, whatever your year-end occasion might be. Speaking for our entire family of authors: We hope you’ll join us in encouraging Peace on Earth!

‘CELEBRATION OF FAMILY AND CULTURE‘—Learn about the history and contemporary meaning of this African-American festival in Stephanie Fenton’s column, this week. She quotes from the holiday’s founder, Dr. Maulana Karenga, who says: “An African American and pan-African holiday, Kwanzaa is—in both conception and practice—a world-encompassing celebration.” Stephanie’s column also is packed with fascinating links to learn more about this observance—from the official Kwanzaa website to the Smithsonian website and other sources as well. 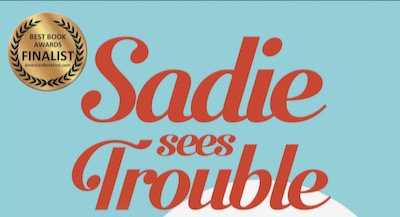 THE POWER OF WEB DOMAINS—In this week’s Front Edge Publishing column, our Director of Production Dmitri Barvinok describes how authors and publishers help readers to find the online communities that surround popular books. This is a valuable column for authors and other media professionals—but Dmitri also includes some fun information for readers who simply enjoy a good book. For example, he has a list of some intriguing Web links to best-selling authors and books. See if one of your favorites is included in his list.

A Close Shave with Rodney

SPIRITUAL … uhhh … WONDERER—For years, photo journalist Rodney Curtis has been known to our readers as The Spiritual Wanderer, the title of his first book. This week, he reminds us that he’s still avidly “wondering” about the mysteries of life—wherever he finds himself. Even … uhhh … in the face of his shaving mirror. 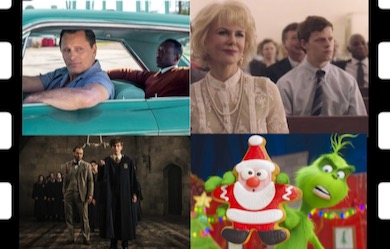 Click to learn about the new December issue of Ed’s Visual Parables Journal.