WHAT THE OPIOID CRISIS REVEALS ABOUT—US

COMMUNITIES CAN RESPOND—Have you been following the latest headlines? Law enforcement agencies nationwide are zeroing in on legal and illegal producers of opioids—but the nationwide rate of addiction and overdose continues at an alarming rate. News this past week about a suburban Eagle Scout who ran a deadly online opioid ring is a reminder that this is truly our problem wherever we live. In fact, the crisis is now more acute in rural areas than in urban centers.

Please, read our Cover Story this week—an interview with Timothy McMahan King, author of the new memoir and manifesto: Addiction Nation—What the Opioid Crisis Reveals about Us. This is an important book for community and congregation discussions this fall and winter. SPECIAL NOTE—This Cover Story even has a newsy, fact-filled section you can print out and share with friends to spark interest in a discussion.

Want Books for the Holidays? Avoid the Crunch!

BOOK SALES ARE RISING—but the capacity of the publishing industry hits a major backlog during the holiday shopping-season. This has happened during November-December for a couple of years. So, this week, Editor David Crumm reports on the forces causing these slowdowns—and issues a reminder to make your readers happy by shopping early!

THE YEAR IS STARTING—We already are in “the centennial year” of observances and projects planned to mark the August 26, 1920, ratification of the 19th Amendment to the U.S. Constitution, giving American women the right to vote. That’s a milestone in human rights that will be marked in many ways: exhibitions, books, documentaries, magazines and events. In this week’s Front Edge Publishing column, Editor David Crumm describes the media excitement about the centennial and suggests ways you can be part of it.

NAVARATRI—At the end of September, this year, Hindus begin the nine-night religious festival known as Sharad Navaratri, an ancient festival that emphasizes the motherhood of the divine and femininity.

ROSH HASHANAH—Before September ends, the Jewish High Holy Days begin with the New Year 5780. Do you know someone who is Jewish? Get ready to wish him or her L’shanah tovah—“For a good year!” 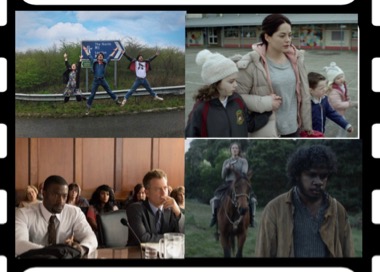