‘A JUST AND EQUITABLE WORLD …’ 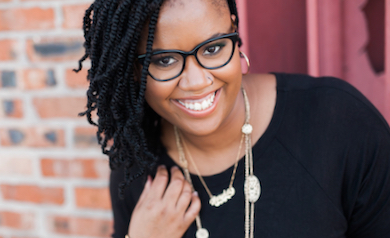 ‘AND A FULLNESS OF LIFE’—Need a heaping helping of encouragement in these troubled times? In our author interview this week you’ll meet the remarkable Rozella Haydee White. We asked her to help us summarize her new book, Love BIG, and she explained:

“This book asks: How can we engage with a God who lavishes such love on us? I would tell readers: This book is not about feeling good. This book is about going deeper. I’m asking uncomfortable questions here. You might not have ever discussed some of these questions in your Sunday school class.

“Ultimately, the purpose of loving your neighbor is to bring to bear a fulness of life, an abundance of life, a just and equitable world—so while it sounds simple to talk about love, there’s a whole lot we need to talk about before we understand what that means.”

Please, read our profile of Rozella and her new book—and share this news with friends. CELEBRATING WITH WISDOM and LITTLE PINK HOUSES of HOPE—Two organizations led by powerful women have their books freshly recommended by the Pretty Progressive online magazine under the headline: Powerful Women Studied These 49 Books In Detail.

The magazine then recommends the list of 49 titles, including books by Tina Fey, Oprah Winfrey and even J.K. Rowling—plus books by WISDOM women (Friendship and Faith), as well as by Jeanine Patten-Coble (Struck by Hope), founder of Little Pink Houses of Hope.

On Friendship, the recommendation says in part: “crossing lines of religion, race and culture is worth the effort, often forming some of life’s deepest friendships.”

On Struck by Hope: Jeanine’s “vision led her to found Little Pink Houses of Hope and a way for cancer patients to find hope in week-long family retreats. In this book, she invites us along on this journey toward becoming ‘ridiculously present.’”

… and Speaking of a Just World

VICTOR BEGG APPEARS IN DC—The author of Our Muslim Neighbors is coming ton Washington D.C. for a Tuesday, June 25, appearance at the popular progressive gathering place Busboys and Poets. The landmark was established 14 years ago as a center of anti-Iraq-War activism by artist, activist and restaurateur Andy Shallal. Will you be in the DC area next week? Stop by the 450 K St NW location at 6 p.m. and see what Victor has to say about the state of our nation today. The name Busboys and Poets was chosen in 2005 to honor Langston Hughes, who once worked as a busboy. Over the years, the venue has become known as “a cultural hub for artists, activists, writers, thinkers and dreamers.” 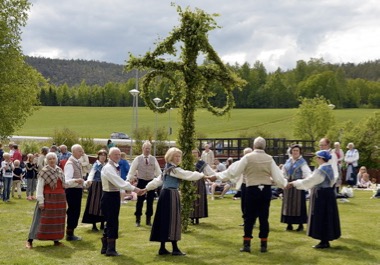 THE LONGEST DAY—Americans have been talking about “The Longest Day” a lot more this year because of the 75th anniversary of D-Day on June 6, which often is described with that phrase echoing the title of the 1959 Cornelius Ryan bestseller and the 1962 hit movie. In fact, astronomers pinpoint the moment of the solstice in 2019 as 11:54 a.m. Eastern Standard Time on Friday June 21. Stephanie Fenton has the story about worldwide festivals with colorful variations in many different lands.

A Love Story for the Ages

A TRUE LOVE STORY—This week, GodSigns columnist Suzy Farbman brings us the remarkable love story of adman Fred Yaffe and his wife Kathy who literally circled the globe over their long life together, before Fred’s death. Michigan readers will recognize their last name as part of one of the region’s most famous advertising agencies. Kathy also has been in the news over the years. In this fun tale, Suzy shares some of the more over-the-top ways they celebrated their love. 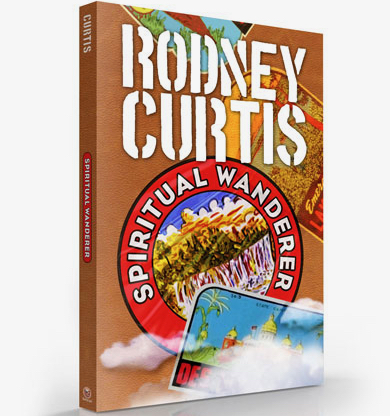 PUBLISHING NEWS—In this week’s Front Edge Publishing column, David Crumm reports on four news items our team spotted recently in the publishing industry. First is an interview with a long-time expert on religious books who is heralding what he calls the rise in popularity of “real-person insight” into spirituality. We certainly welcome that, because both ReadTheSpirit magazine and many of our Front Edge books are written by men and women with inspiring stories from everyday life. That includes our books by photographer and journalist Rodney Curtis.

Among the other three news items, David reports on the growing popularity of offensive language in book titles. If you have suggestions on that issue, read the column and send us an email.

Click the movie still to read Ed’s review of The Biggest Little Farm.