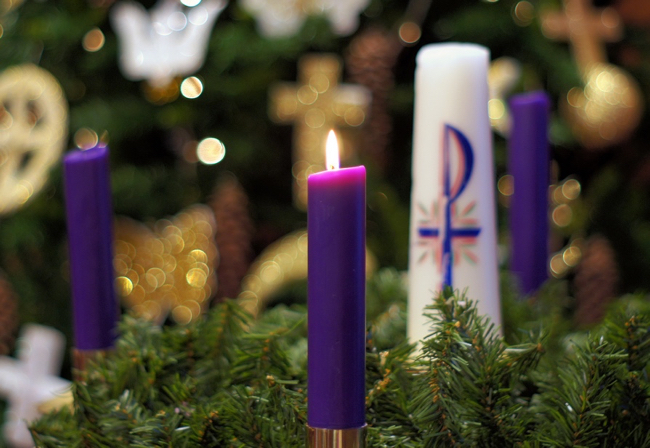 An Advent wreath with one candle lit, representing the first Sunday of Advent. Photo by Stephen Little, courtesy of Flickr

SUNDAY, DECEMBER 2: The season of Advent begins today for over a billion Western Christians, as the church enters a new liturgical year and begins the season whose lighted wreaths and prayers anticipate the birth of Jesus.

Advent calendars have rapidly been gaining popularity in recent years, even amongst secular Christmas celebrants: Star Wars, candy-filled and even LEGO Advent calendars are filling store shelves in 2015. Still, traditionally faithful families may fashion their own Advent wreaths of evergreens and candles. Jesse Trees, used in many churches to provide necessary items for the needy during the season, have also been steadily gaining popularity.

Blessings for the Advent wreath can be found at the website for the United States Conference of Catholic Bishops.