Photo in public domainTUESDAY, SEPTEMBER 11: A group once self-described as “more popular than Jesus” recorded their first single 50 years ago today. Of course, the Beatles were only dreaming of fame as they recorded their first single in London, “Love Me Do” (with “P.S. I Love You” on the flip side). Principally written by Paul McCartney, the Beatles’ first song was completed by a 16-year-old and his friend, John Lennon.

Where did the song originate? A now-famous school notebook held jotted notes that the two friends would eventually turn into songs, and the words “Another Lennon-McCarney Original” topped each page of the notebook. Once released, the first single immediately grabbed attention for its described “blunt working class northerness,” which rang “the first faint chime of a revolutionary bell.” The single was released in the UK and reached the 17th spot on the UK chart. The group was met with overwhelming favor in the United States, however, where “Love Me Do” hit no. 1 in 1964.

When Lennon first made the remark in an interview for a British fan magazine, there was no public outcry. It was deemed an honest comment about how startled the Beatles were over their fans’ frenzy.

But in the religiously conservative United States? Few comments from rock stars have ever stirred such public opposition. Shortly after the American outcry, Lennon—albeit begrudgingly—apologized for his words, insisting that he had only been stating a point of view. At a conference, Lennon described his belief that God is “not as an old man in the sky. I believe that what people call God is something in all of us.”

Although the band’s press officer apparently claimed that all of the Beatles had abandoned organized religion by 1964, the fact is that they dabbled in Hinduism at points in their career and even studied under the Maharishi Mahesh Yogi. George Harrison continued belief in the Hare Krishna tradition until his death, and produced the single “Hare Krishna Mantra” in 1969. Lennon, on the other hand, continued to discard religious teachings and wrote lyrics such as “I don’t believe in Jesus” and “Imagine … no religion, too.”

‘Gospel According to the Beatles’ 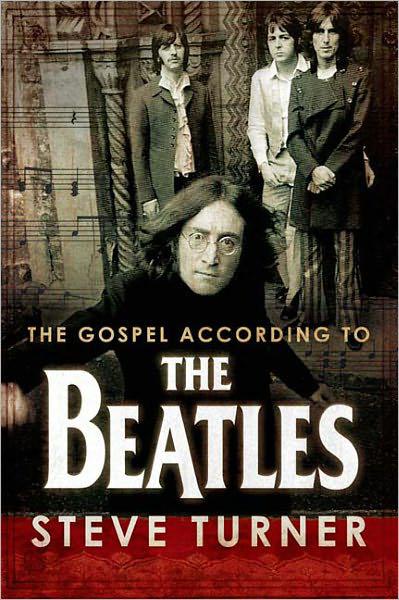 But is that the last word on the Beatles and faith? Hardly! Many analysts argue that the Beatles actually were in the vanguard of young people rejecting “organized religion” in favor of deeper spiritual values and global ideals. If that sounds like a vague concept, ReadTheSpirit recommends The Gospel According to the Beatles

In his book, Turner admits that many readers may think his argument is preposterous. Yet, throughout the book, he describes many ways the Beatles ushered in a new era of spiritual experimentation. With their strong influence on a generation of young adults, they put a friendly face on Eastern religious traditions, they welcomed bearded Asian sages, they experimented with hallucinogenic drugs and told the world what they found in such trips, and they generally promoted transcendence and a search for new kinds of peace to millions of followers.Turner argues that the subsequent “New Age Movement” wouldn’t have flowered as fully without the Beatles’ pioneering influence.

Turner writes: “Whether or not we think it fitting that a pop group should be looked to for guidance on such matters—that’s what happened.”

The Beatles recorded “P.S. I Love You” with a session drummer; shortly following, Ringo became the principle drummer. In “Love Me Do” and “P.S. I Love You,” Ringo played a tambourine and a maraca.

Paul McCartney recently announced two new stops for his On the Run tour, in St. Louis and Houston; rumors have also been spreading online that McCartney could be heading to Canada this fall.