FRIDAY, JANUARY 7: Four centuries ago today, astronomer Galileo Galilei helped change world history: On Jan. 7, 1610, Galileo recorded sighting three moons of Jupiter. The discovery of a few moons might not seem very important today, but in 1610, Galileo’s sighting challenged the world view—held firmly by the Catholic Church—that everything in the universe orbits Earth. (Click on Wikipedia for more.) Galileo’s discovery turned the universe inside out.

The debate over Galileo’s findings—and the Vatican’s dogmatic pursuit of dissent—continues to this day. Throughout much of the 20th century, pontiffs tried to patch up this embarrassing 17th-century mistake. Pope John Paul II made the greatest effort to set things right as he approached the end of the second millennium. In the reign of Pope Benedict XVI, a statue of Galileo finally was dedicated within the Vatican.

Just a couple of days ago—on Epiphany—Pope Benedict XVI again approached the Church vs. Science debate when he declared that “The universe is not the result of chance, as some would want us to believe.” The Catholic Church now supports teaching evolution, and Pope Benedict even showed an openness to the Big Bang theory. (Reuters has more.) Pope Benedict argued that, no matter what the exact cause of creation, we must still be in awe of the creative abilities of God.

Care to read more about these fascinating and timely topics? ReadTheSpirit has developed its own Religion vs. Science Educational Resources page. (And, no, we don’t think the two realms must be in conflict; we know that a common ground can be found.) 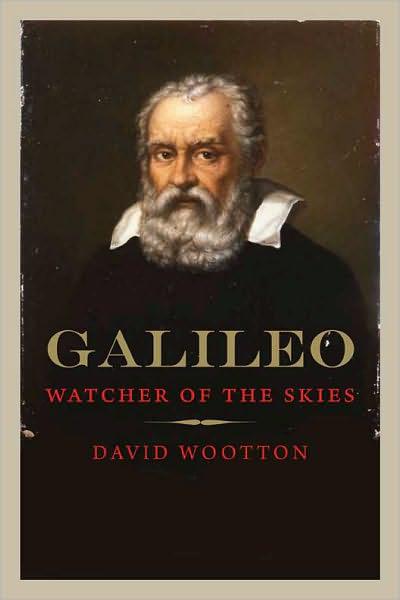 As the story is traditionally told, Galileo remained a faithful Catholic—and Galileo himself wanted people to believe that idea. However, that popular notion is called into question in a fascinating new Yale University Press biography from British scholar David Wootton, an expert in the history of science. The book is called, “Galileo: Watcher of the Skies” and it’s available at a discount at Amazon.

After years of research, Wootton’s 300-page account of the scientist’s life is likely to keep the debate about Galileo alive for years to come. Wootton concludes that Galileo’s restless mind and spirit made him much closer to 21st-century scientists than most historians had assumed. (Recent research into the spiritual lives of scientists, today, shows far less traditional religious doctrine among top researchers than in the general population, plus a general unwillingness to talk about religion among researchers. Sounds a lot like Wootton’s description of Galileo, who was eager to avoid religious controversy in his public writings.)

Despite what Galileo’s religious apologists want to claim about him, the fact is that he all but abandoned orthodox Christianity, Wootton finds. At one point, Wootton describes Galileo’s “private irreligion” this way: “Galileo sought to live with the idea that we do not know what the universe is for, even though certain aspects of it suggest that it was designed for a purpose.”

In Wootton’s book, Galileo is not an angry bomb thrower. He is a man with a remarkably agile mind who finds himself on the cutting edge of scientific discoveries so exciting that he can hardly keep them to himself. Wootton describes how this relatively old man, for his era, stumbled into history: “He was 45 before it became clear that he was destined to be famous, and he never shook off the fear of failure that had grown within him over the years. Indeed that fear simply became more acute as his ambitions grew even greater. In the end, as so often happens, he brought about the very catastrophe he had most feared: he was mocked for defending” his scientific discoveries.