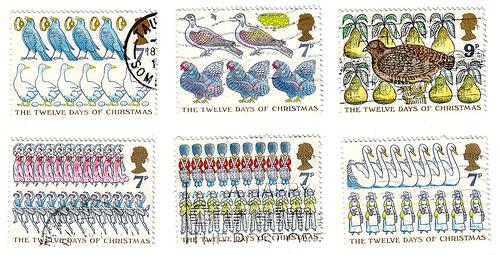 DECEMBER 25 THROUGH JANUARY 5: The Western focus on a big, gift-filled Christmas has pretty much laid waste to the traditional 12-day cycle of Christian celebration. For example, the centuries-old Feast of the Holy Innocents on December 28 is still observed in some churches—and in the popular culture of some countries—but the focus has changed a bit down through the generations. In Spain, Dec. 28 is a time for practical jokes!

If tricks and other mischief don’t seem appropriate during our Western Christmas season, then pull out your Shakespeare and enjoy Twelfth Night again—or pick up a copy of the 2005 movie version of Twelfth Night from Amazon.

Centuries ago, this was a time for long-running celebration—sometimes people were exhausted by the time it all was over. Re-read A Christmas Carol by Charles Dickens—and you’ll find some more signs of the longer celebration. Most Americans think that the Christmas Carol ghosts transformed old Scrooge in one night, because that’s how it’s done in our movie and TV versions of Dickens. But the original Dickens novella takes place over three nights.

Why 12 Days of Christmas?

In the early church, Epiphany in early January was more important than the Nativity. Western Christians now tend to regard Epiphany as a minor holiday recalling the visit of Wise Men but the Eastern Christian church continues the ancient custom of celebrating Jesus’ baptism on that day—the moment Jesus’ public ministry springs into full flower in the gospels. Connecting Nativity and Epiphany amounted to about 12 days (customs vary around the world on when services are held and how the dates are calcluated).

Wikipedia has an overview of the 12 Days, including a fascinating note on colonial American Christmas wreaths. At the end of 2010, most American families begin hauling their holiday greenery to the curb shortly after Christmas day. Colonial Americans hung their wreaths on Christmas Eve and kept them up to mark the entire 12 days.

Is there a secret code to Twelve Days of Christmas?

Lots of variations on “Twelve Days of Christmas” have been performed—and there also are theological intepretations of the numbers served up each year on websites and in inspirational literature. Generally, most careful researchers conclude the inspirational interpretations may be well intentioned, but they’re not historically accurate. The well-respected Snopes website—which was founded by a husband-and-wife research team in the Los Angeles area who specialize in debunking urban myths—has this article on the song’s lyrics.

The Popular Straight No Chaser Twelve Days of Christmas

Finally, to help you celebrate, here’s one of the most popular versions of the song these days, by the vocal group Straight No Chaser. (How do we know it’s “one of the most popular”? Well, nearly 13 million people have watched this YouTube version.) You should see a video screen below. Click to view.