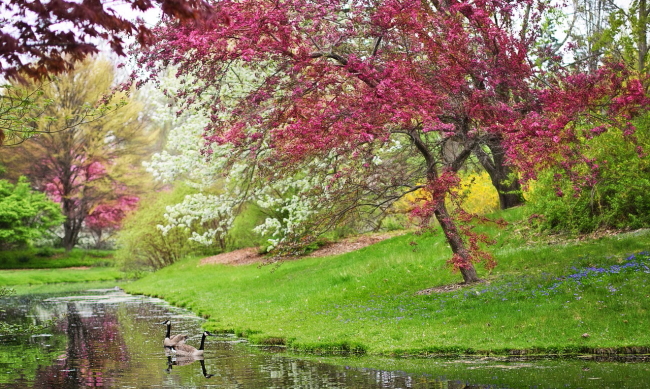 Though the names and specific rituals differ, the theme throughout all of the above holidays is joy in the promises of new life; a specific joy that comes with the spring season. As the darkness of winter lifts, communities rejoice. Whether it’s Kurds in Turkey jumping over fires, Iranians sprouting grains or Wiccans reflecting on the symbolism of the egg, all embrace the rejuvenation of the season.

VERNAL EQUINOX: SPRING IN THE NORTH

For those in the Northern Hemisphere, the vernal equinox signals springtime. Though day and night are not exactly equal in duration on the equinox—that event is known as equilux, and varies by location—the plane of Earth’s Equator passes the center of the sun on the equinoxes. During the equinox, length of daylight is (theoretically) the same at all points on the Earth. 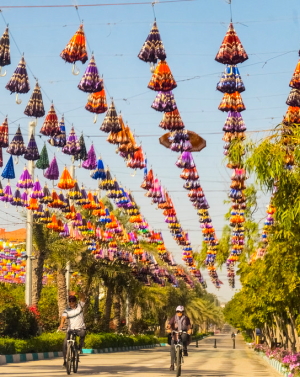 Nowruz dawns as the first day of spring and the beginning of the year in the Persian calendar. Nowruz is a very important holiday in Iran and for Zoroastrians. Extensive spring cleaning begins a month prior to Nowruz, and new clothing is bought in anticipation of the 12-day celebrations that include numerous visits to family and friends. Prior and sometimes during the festival, fires are lit that reflect the Zoroastrian perspective on light’s victory over darkness.

Many Iranians put up a Haft Sin table, covered with seven symbolic items. Items vary slightly but may include apples, mirrors, candles, sprouted wheat or barley, painted eggs, rose water, dried fruit, garlic, vinegar, coins and a holy book. Parsi Zoroastrians set up a “sesh” tray, filled with rose water, a betel nut, raw rice, raw sugar, flowers, a wick in a glass and a picture of Zarathustra. On the 13th day of the New Year, many families head outdoors for picnics, music and dancing.

Baha’is have been fasting for the past month, and that fast is broken for Naw-Ruz: the Baha’i New Year. One of nine holy days of the month, Naw-Ruz was instituted by Baha’u’llah, the founder of the Baha’i faith, as a time for great joy. 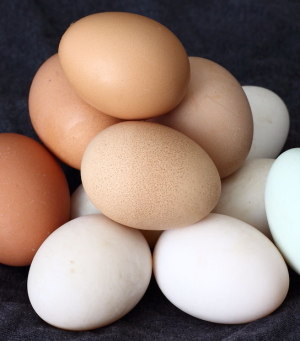 Eggs are a common symbol of spring. Photo by John Loo, courtesy of Flickr

No set rituals exist for Naw-Ruz, and most Baha’is gather for a community meal and read sacred Baha’i writings. Abdu’l-Baha, the son of Baha’u’llah, described the equinox as a symbol of the messengers of God, with their message as the spiritual springtime that is Naw-Ruz.

As the trees begin to bud and new plants emerge, modern Pagans and Wiccans fast from winter’s heavy foods and partake in the fresh vegetables and herbs of springtime. Traditional foods for this time are leafy green vegetables, dairy foods, nuts and sprouts; favored activities include planting a garden and taking a walk in nature.