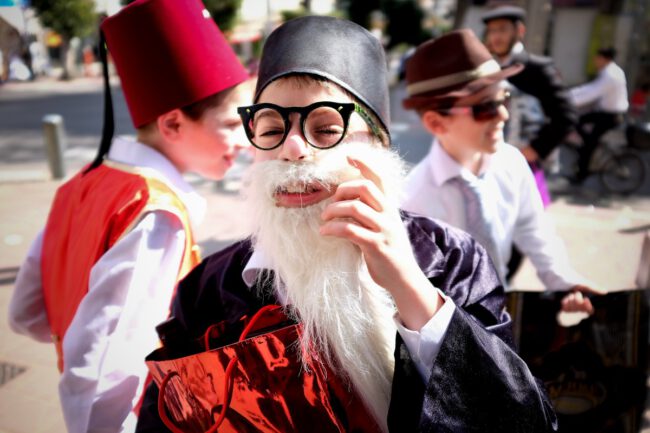 In Israel, a young person is dressed up for Purim. Photo courtesy of PxHere

(Purim begins at sunset) WEDNESDAY, MARCH 16: For many observant Jews, the dawn-to-dusk period on Wednesday is a time of self denial: It is the Fast of Esther, related to the story of Purim. Unlike other Jewish fasts, which typically last from sunset to sunset, today’s fast lasts only from sunrise to sunset—and for a joyful reason. While other fasts involve mournful remembrance, the Fast of Esther recalls a story of victory.

Here’s the story of today’s fast:

About 2,500 years ago, a beautiful young woman named Esther was taken to the house of Ahasuerus, the king of Persia. When Esther became queen of Persia, she hid her true Jewish identity.

Queen Esther’s husband, King Ahasuerus—who did not know that his wife was Jewish—was swayed by an evil advisor (Haman), who wanted to rid Persia of all Jews. When Esther was informed of this tragic plan, she knew she had no other choice; Esther asked her fellow Jews to fast with her in hope of divine favor, and she courageously revealed her true religious identity to her husband. Queen Esther’s brave act could have resulted in her death, but King Ahasuerus was partial to his wife—and he spared the lives of all the Jews.

Today’s classification as a “minor fast” speaks of an event that has brought great inspiration to Jews for thousands of years. In the Middle Ages, for example, Jews who were forced to convert to Christianity during the Spanish Inquisition looked to Queen Esther and drew strength from her bravery. 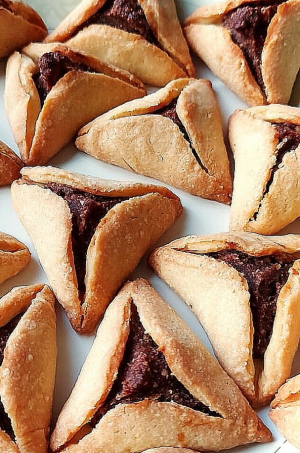 PURIM: THE BOOK OF ESTHER AND G_D

The story of Purim is found in the pages of the book of Esther, in the Hebrew scriptures of the Bible. Many Jews still observe the Fast of Esther from dawn to dusk—and then, with the start of Purim at sundown, fruit-filled cookies are served, outrageous costumes are donned, plenty of wine is consumed and comical skits entertain audiences. In the synagogue, readings from the book of Esther evoke hissing, booing and stomping, as Jews “blot out” the name of the villainous Haman. Some Jews even write Haman’s name on the bottom of their shoes, so as to literally stomp on his name!

The carnivals and masquerades of Purim are accompanied by the four primary obligations of the day: to listen to a public reading of the book of Esther in the evening and the morning; to send food gifts to friends; to give charity to the poor; and to partake in a festive meal. (Find interactive tools and more at Chabad.org.)

While traditional Purim costumes reflect the various roles in the story of Esther, Jewish organizations continue to make merry on this ancient holiday by including cultural themes that tie Purim with the 21st century: themes like Harry Potter, “Star Wars” and Marvel superheroes, for example, have gained popularity in recent years.

The signature treat for this holiday is Hamentaschen, or Haman’s pockets, which consists of sweet pastry filled with prunes or poppy seeds. FeedTheSpirit columnist Bobbie Lewis tells the story of baking these delicious triangular treats in her family—and provides her own recipe for these cookies.

An array of Purim recipes can be found at AllRecipes. Thirsty? Try making your own apricot-infused bourbon for Purim.