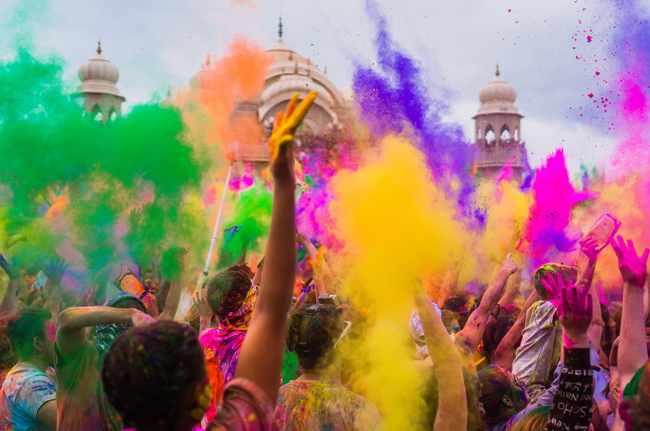 NOTE: Dates vary and some Holi festivals around the world are moved to the convenience of the weekend.

In India and around the globe, the thrilling Hindu festival of Holi is in full swing. Termed the “Festival of Colours,” Holi calls all participants to set aside castes and manners for the day so that young and old, rich and poor, men and women can all gather to welcome the joy of spring.

KRISHNA AND HOLI, LOVE AND SPRINGTIME 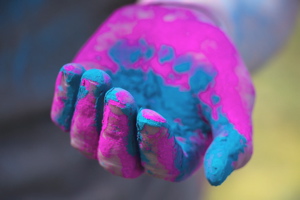 Krishna is the primary deity worshipped during the festival of Holi: The divine love of Radha for Krishna makes Holi a festival of love. Various legends explain the link between the child Krishna and Holi’s many colors, as winter’s neutrality makes way for the colorful essence of spring during this beloved holiday.

A demand for organic, healthy Holi colors has spurred a new trend in recent years, and more companies and organizations are working with recycled flowers, vegetables and natural powders. Long ago, Holi’s powders were made with clay, flowers and dried vegetables, but in recent decades, synthetic powders (that contain lead, asbestos and other toxic substances) were used, as they were widely available and inexpensive. Though convenient to buy, the synthetic powders have caused widespread environmental and health concern. Regulations are still underway, but experts anticipate that the demands of young generations will someday be satisfied with a healthier, “greener” Holi.

Sikhs turn to a different festival during the time of Holi: Hola Mohalla, literally translated into “mock fight.” In 1699 CE, the 10th Sikh guru Gobind Singh inaugurated the Khalsa, a group of men who had shown immense bravery and selflessness. These saint-soldiers pledged loyalty to the poor and oppressed, vowing to defend wherever injustice was present. Two years later, Guru Gobind Singh instituted a day of mock battles and poetry contests, to demonstrate the skills and values of the Khalsa and to inspire other Sikhs. Today, these events have evolved into Hola Mohalla, a week-long festival replete with music, military processions and kirtans. Food is voluntarily prepared and large groups of Sikhs eat in communion. The largest annual Hola Mohalla festival is held at Anandpur Sahib in Punjab, although many gurdwaras worldwide hold their own versions of the events at Anandpur.