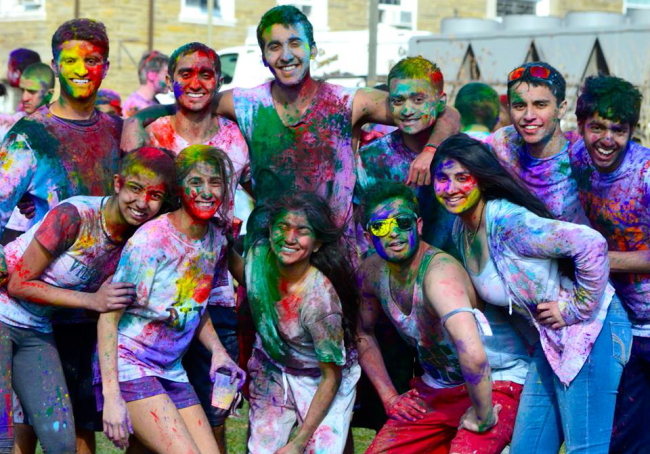 THURSDAY, MARCH 17 and FRIDAY, MARCH 18: Colored powders cloud the air, and frivolous shouts ring through the streets: It must be springtime—it must be Holi!

In India today and in Indian nations around the globe, the exhilarating Hindu festival of Holi is in full swing. Rightly called the “Festival of Colours,” Holi calls all participants to forget about castes and manners for the day so that young and old, rich and poor, men and women can all gather to welcome the joy of spring. Today, Holi is celebrated across the globe.