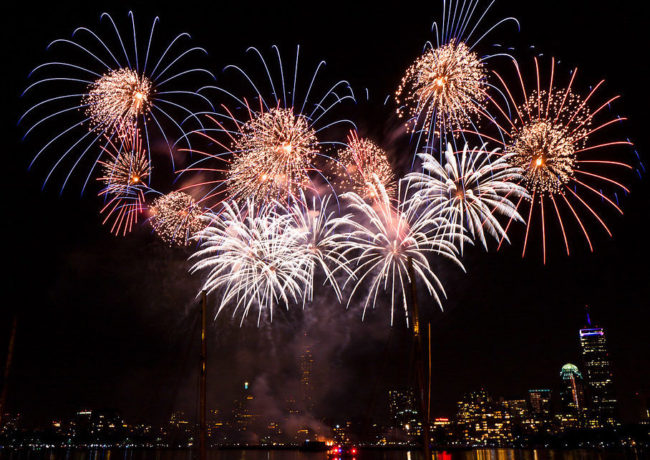 Fourth of July fireworks in Boston. Photo by John Tammaro, courtesy of Flickr

THURSDAY, JULY 4: It’s the Fourth of July, and in America, the Stars and Stripes fly high: Today, on Independence Day, Americans celebrate freedom with parades, picnics, reunions with family and friends and fireworks exploding in the night sky. Though the legal separation of the Thirteen Colonies from Great Britain took place on July 2, 1776, it was two days later—July 4—when the Second Continental Congress gave its approval, and Americans observe this day in grand ceremony. So fire up the grill, deck out your yard (or yourself) in red, white and blue, and enjoy summer’s all-American holiday!

Trump on the Mall? Sorry to say, most national news agencies have reported few details of what President Trump is planning for his controversial appearance on the Mall. One example is this Associated Press story in mid-June about the confusion among government event planners. Trump supporters likely will cheer. Trump foes will jeer.

Want to simply switch your viewing to another city? Tune in to CBS for the live webcast of the Boston Pops Fireworks Spectacular, which is attended by a half million people annually. This year, the headliner will be Queen Latifah and the lineup of performers will include singer and songwriter Arlo Guthrie, who will perform a musical tribute a half-century in the making—Summer of ’69—commemorating the 50th anniversary of Woodstock. 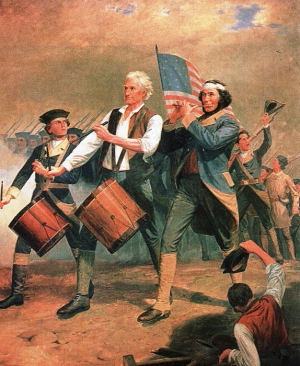 Originally entitled Yankee Doodle, this is one of several versions of a scene painted by A. M. Willard that came to be known as The Spirit of ’76. Photo courtesy of Wikimedia Commons 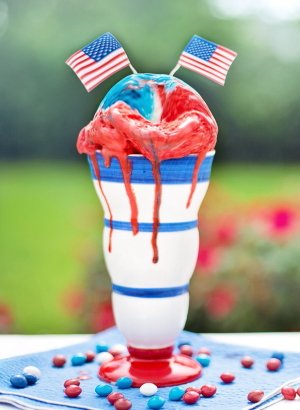 Looking for finger foods ideas? The Today Show has 15 ideas and recipes for any July 4 party—including marshmallow pops perfect for kids.