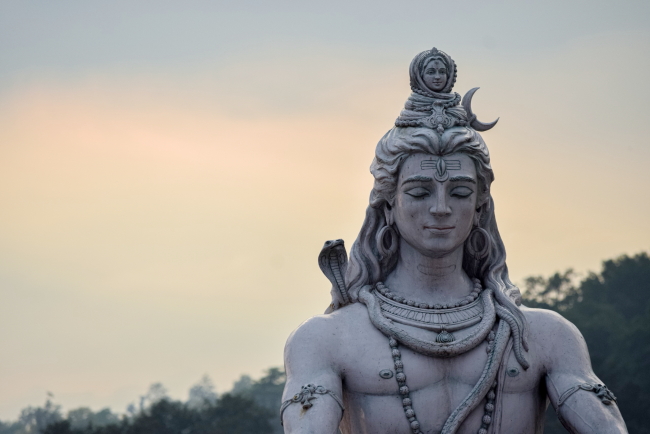 THURSDAY, MARCH 11: Fasting, worship and ritual baths for Lord Shiva are followed by a nighttime vigil on Maha Shivaratri, a holiday observed across India and by Hindus around the world. On Maha Shivaratri, many Hindus believe that Lord Shiva performed the Tandava—the cosmic dance of creation, preservation and destruction. Lord Shiva, a member of the Hindu Trinity, is associated with several legends and renowned as the model of an ideal husband.

NEWS 2021: Although worship in temples will occur this year, devotees will be required to adhere to COVID-19 guidelines: wearing face masks, maintaining physical distancing, using hand sanitizer, etc. The New Indian Express has an article on a temple that will be a destination for Hindus this Maha Shivaratri.

Hindus in India, Nepal, Trinidad and Tobago and other parts of the world share stories as well as traditions on this renowned holiday. According to one legend, Lord Shiva and his consort, Parvati, were married on this day. As the marriage of Lord Shiva and Parvatai is regarded as ideal, married women pray for the well-being of their husbands and single women pray that they will find a husband like Shiva. In another traditional story, Lord Shiva manifested in the form of a Linga on Maha Shivaratri, and thus the day is regarded as extremely auspicious. It’s believed that sincere worship of Lord Shiva on Maha Shivaratri—Lord Shiva’s favorite day—will bring absolution of sins, neutrality of the mind and assistance in liberation from the cycle of death and rebirth.

Did you know? Maha Shivaratri means “the Great Night of Shiva.”

As a time for “overcoming darkness and ignorance,” devotees begin Maha Shivaratri early in the day. After a a ritual bath, many Hindus visit a temple, where they pray, make offerings, chant prayers and bathe figures of Shiva in milk, honey or water. Many devotees either fast or partake in only milk and fruit throughout the day, as they contemplate virtues such as forgiveness, honesty and self-discipline. As evening falls, worship to Lord Shiva continues, and hymns and devotional songs are sung to Shiva throughout the night.