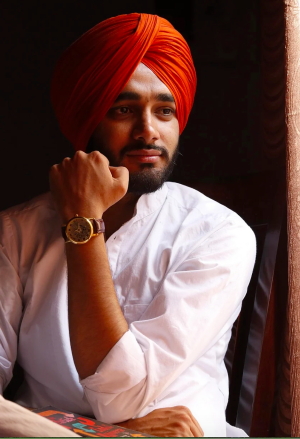 A Sikh man. Photo by theharpreetbatish, courtesy of Flickr

WEDNESDAY, JUNE 16: The tragic death of a Sikh spiritual leader, centuries ago, forever shaped Sikh spiritual culture: On this day, Sikhs recall how Guru Arjan Dev died under orders of the Emperor Jahangir in a courageous defense of justice.

Did you know? Arjan Dev Sahib was the first of two gurus martyred in the Sikh faith. Guru Arjan Dev compiled the first official edition of the Sikh scripture, the Adi Granth.

Guru Arjan Dev’s message was distinctive, because he had taught followers the value of preparing their own defenses, including weaponry skills, in order to defend themselves and the oppressed. This instruction came after generations of martyrs had shown the dangers of violent oppression Sikhs were likely to continue to face. However, during relentless days of his own torture, Guru Arjan Dev instructed his followers not to intercede; it was the will of the Almighty, he insisted, and it was his responsibility to provide inspiration for all those to come who would undergo tests of strength for their faith.

During the 17th century, Emperor Jahangir rose to power and attempted to turn India into an Islamic state. Sikhs, Hindus and others all faced oppression. Allegations were made against Guru Arjan Dev, and soon, the Sikh leader was arrested. Guru Arjan Dev underwent days of torture with boiling water, fire-hot sand and starvation. Finally, the Guru asked for a cooling bath in the Ravi River. The Emperor agreed, imagining that the cold water might be yet another form of torture; however, the Guru slowly disappeared into the water—never to be seen again.

Guru Arjan Dev, during his life, also compiled the writings of the four past gurus into one sacred book. This book would become the Guru Granth Sahib (the Sikh holy book).

Note: Most years, Sikhs travel into Pakistan to worship in the annual, nine-day “Jore Mela” for the martyrdom anniversary. This year, however, continued pandemic concern has caused a cancellation of the event.