If you know someone from the Orthodox Christian tradition, perhaps at work or in your neighborhood, use this icebreaker: Do you observe Meatfare Sunday or Cheesefare Sunday? How does your family prepare for Lent? 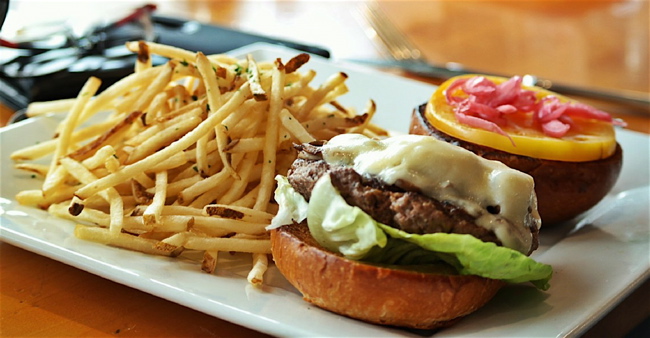 Orthodox Christians indulge in meat and cheese for the final time before Pascha (Easter) on the Sundays leading up to Great Lent. Photo courtesy of Pxhere.

SUNDAY, FEBRUARY 11 and SUNDAY, FEBRUARY 18: Lent is quickly approaching for the world’s 2 billion Christians, and on February 11, Eastern Orthodox churches take the first steps steps toward their traditional Lenten fast with Meatfare Sunday. After Meatfare Sunday, no meat may be consumed until Pascha (Easter); one week later, Cheesefare Sunday will discontinue the partaking of dairy products until Pascha. For Orthodox Christians, Great Lent begins on Clean Monday—this year, on February 19.

Though popularly referred to as Meatfare Sunday, this day is more formally known as the Sunday of the Last Judgment. In services, emphasis is placed on the Second Coming and Last Judgment—a time when Christ, in Matthew, refers to coming in glory with the angels to judge the living and the dead. The parable of the Last Judgment points out that Christ will judge on love: How well God’s love has been shared, and how deeply each person has cared for others.

Great Lent commences for Eastern Christians on the day following Cheesefare Sunday, but the faithful already are cleaning their slates (and their plates) today, by asking forgiveness and eliminating dairy from their diets until Pascha. In the Orthodox church, this year, February 18 is Forgiveness Sunday (also known as Cheesefare Sunday).

Looking for some tasty dairy recipes? Check out Eating Well and Food Network.

Meat hasn’t been consumed since last Sunday, but dairy products will be consumed for the final time today. Throughout Great Lent and until Pascha (Easter), Eastern Christians will observe these fasting customs with only occasional exemptions for oil and wine—but never meat or dairy.

Starting tonight, the Vespers of Forgiveness will signal the first liturgy of Great Lent; the service will end when attendees ask forgiveness from both fellow congregation members and the priest. If you have Orthodox friends and colleagues, this is a moving liturgy to attend, as the process of forgiveness often is deeply personal for the faithful.