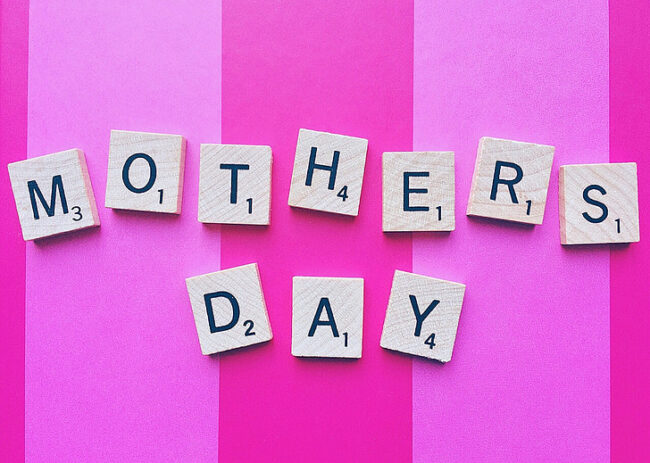 SUNDAY, MAY 10: Wish a “Happy Mother’s Day” to Mom today (or any loved maternal figure in your life)! Even as social distancing keeps many families physically apart this year, videoconferencing tools, old-fashioned cards and letters and drive-up messages are expected to be rolling out across America.

Sending Mom a homemade card or handwritten letter is, ironically, just the type of sentiment that the original Mother’s Day founder intended when she advocated the holiday. Anna Jarvis hoped that mothers could be shown appreciation through heartfelt, personal sentiments, rather than commercial goods.

Amid social distancing orders in 2020, you may not be able to see Mom in person this year—but that doesn’t mean that anyone is forgetting her! Check out these resources for ideas on how to celebrate:

Does Mom need a good laugh? Check out these 35 cards that humorously articulate the celebration of mothers in a time of social distancing—with some heartfelt sentiments, too, of course.

From house to hotel: Mom may be stuck at home, but with these ideas from Forbes, you can make her day more luxurious. (Feeling ambitious? Try your hand at a DIY of one of the Forbes gift ideas.) If Mom would rather be outside, HGTV lists gift ideas for gardening lovers.

FROM THE CIVIL WAR TO A HALLMARK HOLIDAY

During the 1850s, Ann Reeves Jarvis of West Virginia held Mother’s Day work clubs to improve sanitation conditions, lower rates of infant mortality, fight disease and contamination and assist other mothers. When the Civil War broke out, women in these clubs looked after wounded soldiers. Following the Civil War, Jarvis and others organized Mother’s Friendship Day picnics, as a means of uniting citizens from both sides of the former Union and Confederacy. Julia Ward Howe—composer of “The Battle Hymn of the Republic”—went a step further, and publicly encouraged women to take an active political role in fostering peace.

Jarvis worked tirelessly to establish a national day for mothers, and by 1912, many states had adopted the holiday. (Learn more from History.com.) Yet despite every intention by Jarvis, Mother’s Day became an enormously profitable holiday for the retail industry, confectioners and florists; Hallmark now reports the holiday as trailing only Christmas and Valentine’s Day in the volume of cards exchanged. The American version of Mother’s Day is currently also celebrated in Canada, Australia and New Zealand.