AMERICAN INDIAN MUSIC IN D.C. COMMEMORATION: Mr. Dennis W. Zotigh, San Juan Pueblo and Santee Dakota Indian performs a cultural piece at an observance of American Indian Heritage Month in the Great Hall at the Department of Justice. Photo credit: Lonnie Tague for the Department of Justice, image in public domain.FRIDAY, NOVEMBER 25: From North to South across the U.S., Friday is a special extension of Thanksgiving festivities—honoring American Indians. In fact, all of November is officially recognized by our government as Native American Heritage Month. Special events and proclamations have been unfolding in Washington D.C. for several weeks.

The White House issued the official declaration on November 1. President Obama proclaimed, in part: “From the Aleutian Islands to the Florida Everglades, American Indians and Alaska Natives have contributed immensely to our country’s heritage. During National Native American Heritage Month, we commemorate their enduring achievements and reaffirm the vital role American Indians and Alaska Natives play in enriching the character of our Nation.” (Get more details at Wikipedia.)

Read our Thanksgiving Day story for more on these traditions. By 1621, which is widely regarded as the “first” American Thanksgiving, colonists in Plymouth had known hard times. With a limited knowledge of how to survive in their new home, they had produced barely enough food for even half of the colony. In fact, it wasn’t until the neighboring Wampanoag Indians gave the colonists some lessons in fishing and agriculture that the colony began to thrive. In thanks, and after a first successful harvest, the colonists invited the Native Americans to share in their joyous feast. Likewise, the U.S. recognizes the contributions of Native Americans today and celebrates their history through school programs, ceremonies and lectures. The month—and day—is intended to focus attention on the 565 recognized Native American tribes currently in the United States.

The National Museum of the American Indian is also showcasing a vital aspect of Native American life through Jan. 7, through an exhibit called “Song for the Horse Nation.” If you can’t make it to the museum, check out the Smithsonian site that describes the fascinating relationship between American Indians, the “Horse Nation” and the century in history that was changed forever as a result.

The new “TRUTH VS. TWILIGHT” is a fascinating website, co-sponsored by the Burke Museum of Natural History and Culture at the University of Washington—and the real-life Quileute tribe. Fans of the Twilight series will recognize the name of the tribe, which is associated with “shape shifters” who turn themselves into werewolves. At least, that’s what the novels and movies have been telling people. Real life in the Quileute tribe is quite different and the Twilight saga has been causing some problems for American Indian families.

As the new website points out: “Made famous by the recent pop-culture phenomenon Twilight, the Quileute people have found themselves thrust into the global spotlight. Their reservation, a once quiet and somewhat isolated place, is now a popular tourist destination for thousands of middle-school-age girls and their families. In the wake of the popularity of the book and film saga, the Quileute Tribe has been forced to negotiate the rights to their own oral histories, ancient regalia and mask designs, and even the sanctity of their cemetery.”

ReadTheSpirit also is helping readers sort out the meaning of Twilight novels and movies: Our new Glitter in the Sun discussion book, by author Jane Wells, can help your congregation spark spirited discussion about Twilight, the Christian faith and our daily lives. 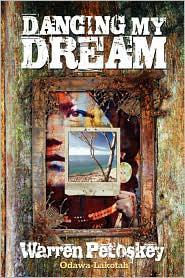 In honor of Native American Heritage Month, consider reading an authentic memoir written by an American Indian teacher in the Great Lakes region: Dancing My Dream, by Warren Petoskey. In introducing his memoir, Petoskey writes: “Dancing My Dream is my story of preserving Native American culture while living in three sometimes conflicting nations: Odawa (or Ottawa) and Lakotah—and I am an American citizen as well. My story offers healing wisdom.

“Most Americans know the tragic stories from the Great Plains that nearly destroyed Indian nations, but that’s not the whole story of our survival. My own family passed through landmarks of American history like the Trail of Tears—but we also survived the lesser-known campaign to wipe out Indian culture in a nationwide system of boarding schools. For more than a century, Indian children were taken from their families and locked away in these institutions designed to destroy all memory of our way of life. I am a survivor among these tough, wise, spiritually guided people.”