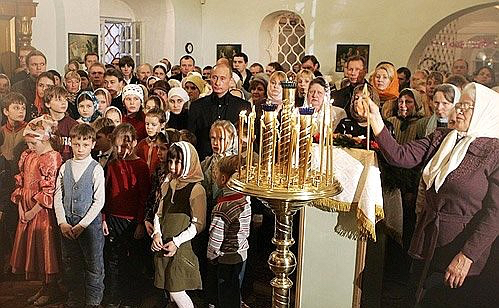 FRIDAY, NOVEMBER 15—or THURSDAY, NOVEMBER 28: The season of preparation for Christ’s birth begins for Orthodox Christians with a 40-day period of abstinence known as the Nativity Fast.

Usually, our ReadTheSpirit magazine column about this centuries-old practice focuses on the earlier start of the fasting period, which is most common in the U.S. Here is how the Greek Orthodox Archdiocese of America explains this period of self-denial and deepening spiritual reflection:

The Nativity Fast is one of four main fast periods throughout the ecclesiastical year. Beginning on November 15 and concluding on December 24, the Nativity Fast gives individuals the opportunity to prepare for the Feast of the Nativity of Our Lord and Savior  on December 25. By abstaining from certain food and drink—particularly from meat, fish, dairy products, olive oil, and wine—as well as focusing more deeply on prayer and almsgiving, we can find that the primary aim of fasting is to make us conscious of our dependence upon God.

However, in this 2019 holiday column we are aware of almost daily newspaper headlines about Ukraine and Russia—so we are including their later starting date, as well. That variance between starting on what today is November 15 and 28 stems from traditional methods of keeping the calendar through many centuries. Some Orthodox church headquarters in the U.S. now list both dates on their websites, because parish leaders know that some families who attend prefer to follow one calendar—while others may follow calendars that match relatives in their countries of origin.

One Russian Orthodox church on the West Coast, for example, has this note on its website’s calendar: “During this fast, the general rule is that from Nov. 15/Nov. 28—and up until the Feast of Nativity (Christmas)—no meat, meat-products, dairy, dairy-products or egg and egg-products are eaten. Children under 7, lactating and pregnant women are exempt.” Both dates are offered because it’s clear to the pastor that Orthodox Christians from other backgrounds like to attend liturgies at that church.

Many American-based Orthodox clergy and lay people have to navigate complex cultural expectations. 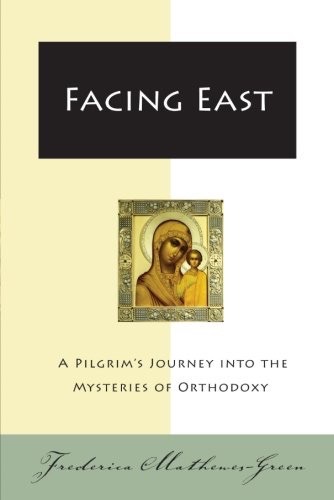 One of the most popular writers about American Orthodox faith and culture is theologian and educator Federica Matthewes-Green—a famous convert to Orthodoxy in the early 1990s. Over the past two decades, she has appeared on national panels and in public TV documentaries as an expert on the American experience of Orthodoxy. Among her most popular introductions to the Orthodox church is her 1997 memoir, Facing East—A Pilgrim’s Journey into the Mysteries of Orthodoxy.

In that book, she writes:

Last Saturday, when I went out with a friend for lunch, I mentioned that we were in the Nativity fast. When she asked what that meant, I replied that we go without meat from November 15 to Christmas, 40 days. Our parish doesn’t observe a stringent fast now like we do before Pascha (Easter), though some Orthodox do. I said, “Of course, we make an exception on Thanksgiving. We eat turkey.”

“Then what?” she asked. “Do you have to feel guilty about it and go to confession?”

“No,” I said, “American Orthodox generally make an exception and feast on Thanksgiving. Because it’s a local custom.” A minute later I realize how funny this sounds In Orthodoxy, the vast United States of America from sea to shining sea is “local.”

‘We Fast Faithfully and in Secret’

Despite that practical advice from her parish—most official Orthodox websites, even in the U.S., don’t mention a Thanksgiving adaptation. What they offer is pastoral advice about the contemporary spiritual value of fasting—and a warning not to judge others for how they choose to follow this call to self denial. Pastors tend to warn against pointing fingers at others whose fasting practice may not be as strict.

Here’s an example from the website of the Antiochian Orthodox archdiocese for America. The archdiocesan website first offers a detailed fasting chart, then adds this pastoral advice:

An Eastern Orthodox Christian depiction of the Nativity. Photo courtesy of Wikimedia Commons

The Forefeast of the Nativity begins December 20 (or later, depending on one’s calendar), with the chanting of Nativity hymns every day until the Eve of the Nativity—or, Paramony. On Paramony—called Christmas Eve in the Western Christian Church—no solid food is partaken until the first star is seen in the evening sky. The fast is joyously broken, and while many head to the traditional All-Night Vigil, others attend the Divine Liturgy for the Nativity of Christ on Christmas morning.

On December 25, the Feast of the Nativity, fasting is forbidden; a fast-free period, or Afterfeast, lasts through January 4—or later, depending on one’s calendar.