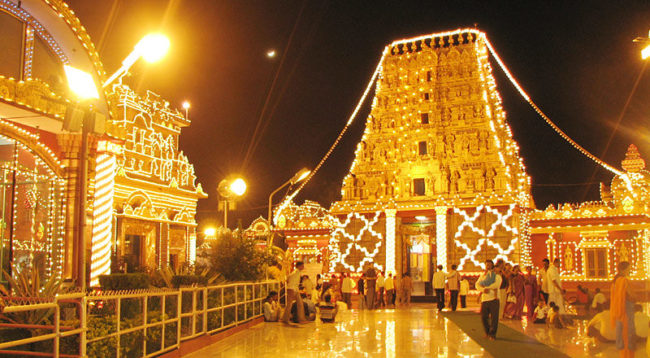 The Gokarnanatheshwara Temple, in India, during Navaratri (on the eve of Dussehra). Photo courtesy of Wikimedia Commons

SUNDAY, SEPTEMBER 29: Hindus begin the nine-night religious festival known as Sharad Navaratri (English spellings vary; the name often appears without the middle “a”), an ancient festival that emphasizes the motherhood of the divine and femininity. Each night during Navaratri, Hindus worship a different form or characteristic of the Mother Goddess Durga, who is regarded as being manifested in cosmic energy and power. In general, Sharad Navaratri is the celebration of good over evil, though many aspects of this tradition vary by region in India and around the world.

SINGING AND DANCING IN THE STREETS