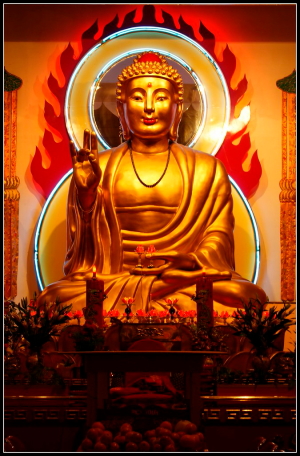 SATURDAY, FEBRUARY 8 and SATURDAY, FEBRUARY 15: The day Buddha reached complete Nirvana—Parinirvana— is observed by Mahayana Buddhists on Parinirvana Day, recalling the physical death of Gautama Buddha at the age of 80. Though some Mahayana adherents observe this event on February 8, many reserve the meditation retreats and special times of contemplation for February 15. On this day, temples are opened to laypersons, laypersons bring gifts to monks and nuns—all focused on the teachings of Buddha.

Did you know? The Mahayana tradition is followed by over half of the world’s Buddhists.

As recorded in the Parinirvana Sutra (spellings of the ancient record’s title vary), Buddha knew his life was nearing its end, and at this time, he confided to his disciples that he had told them all he knew. Buddha encouraged his monks to continue preaching his teachings, so that people would understand life and Nirvana for years to come.

Buddha taught that upon achieving enlightenment, Nirvana means the extinguishing of hatred, ignorance and suffering. The soul is released from samsara, the karmic cycle of life and death, and one enters a state beyond human understanding or imagination.

Buddha’s last words were relayed to his monks: “All conditioned things are subject to decay. Strive for your liberation with diligence.”

MAHAYANA VS. THERAVADA: DIFFERENCES IN THOUGHT

Worldwide, Buddhists generally classify themselves as either Mahayana or Theravada (two traditions within the Buddhist faith). What separates these two traditions?