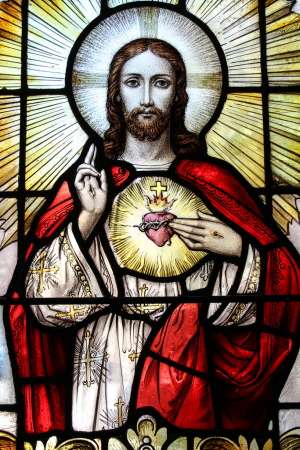 FRIDAY, JUNE 11: In prayerful reflection, Catholics focus today on the depth of divine love for the Solemnity of the Most Sacred Heart of Jesus.