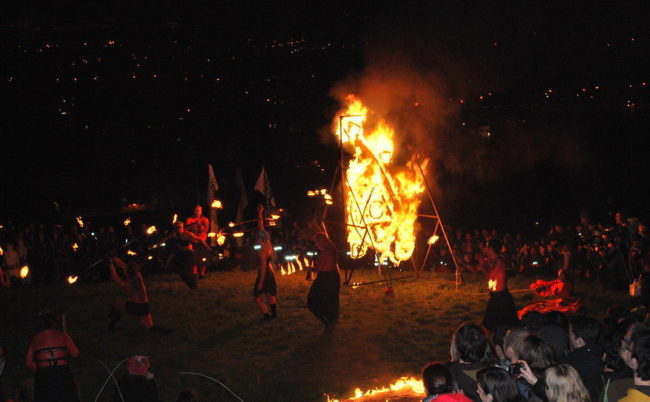 WEDNESDAY, MAY 1: Enjoy the beauty of spring and summer today! May 1 is the Pagan and Wiccan festival of Beltane, a joyous festival that celebrates the renewal and bounty of nature. Beltane (or Samhain, in the southern hemisphere) falls on a date approximately halfway between the spring equinox and summer solstice.

Original Beltane festivals date back thousands of years to ancient Ireland and Scotland, and today, a revival of these ancient rites is bringing Celtic people back to their roots. Dancing around a Maypole might not be a feasible activity for most people today, but everyone can rejoice in spring by taking a nature walk, placing fresh flowers around the home or eating traditional foods like oats and dairy.

Ancient Beltane rituals often revolved around fertility; as time progressed, enormous community bonfires on Beltane Eve signified purity and the coming warmth and light of summer months. Early season herbs, such as juniper, were often thrown onto fires to add blessing to the smoke, and pagans would often run between two fires for luck. Wiccans of today mark Beltane as one of eight sabbats, or holidays.

The greatest Beltane Eve festival today is the Edinburgh Beltane Fire Festival, an extravagant event on Calton Hill in Scotland that attracts approximately 15,000 people annually. (Beltane.org is the official site.) The Beltane Fire Festival began during the night of April 30 in 1988, and has since provided spectators with a wide array of performances, hypnotic drum beats and more, by firelight.