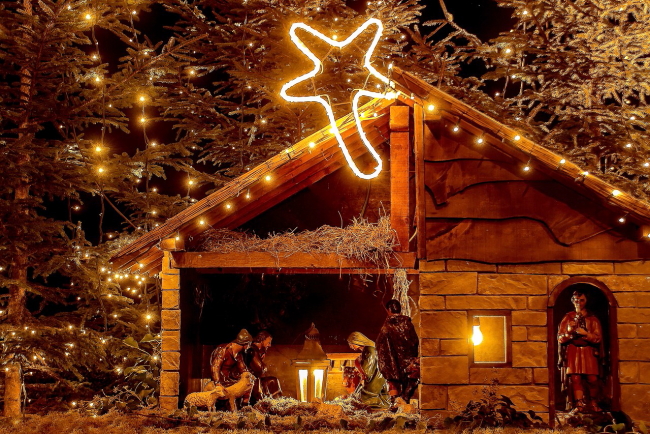 Photo by Myriams-Fotos, courtesy of Pixabay

SATURDAY, DECEMBER 25: Sing for joy and ring the bells—it’s Christmas! The Old English Christ’s Mass celebrates the birth of Jesus Christ for Christians worldwide, hailing from snow-covered mountains to sandy beaches, crowded cities to rural fields—and everywhere in between.

Martha Stewart offers a selection of handmade gift ideas, ornament inspirations and more. After the stockings and wreaths are hung, it’s time to focus on the Christmas meal—an all-important aspect to Christmas in many cultures. In areas of Italy, 12 kinds of fish are served on Christmas Eve (get Italian Christmas recipes here), while in England, fare often includes goose, gravy, potatoes, bread and cider. Whether Midnight Mass interrupts your menu or not, don’t forget dessert—American cookies, traditional pudding, fruit cakes and mince pies. (Taste of Home and AllRecipes offer everything from appetizer to dessert recipes.)

Cooking for guests with special requests? Find a gluten-free menu and a vegetarian menu from Huffington Post. In Malta, a chocolate and chestnut beverage is served after the 12 a.m. Christmas services.