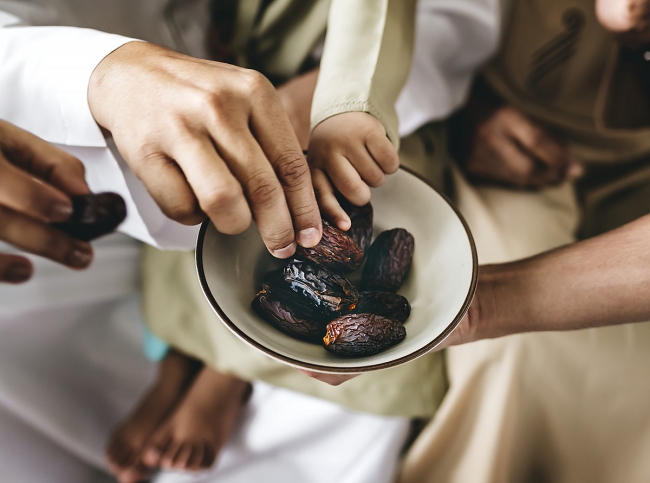 It is customary to break the daily Ramadan fast with three dates. Photo by RawPixel.com, courtesy of PxHere

SUNSET SATURDAY, APRIL 2: Peer into the sky for the sight of a crescent moon, as the world’s 1.8 billion Muslims—nearly a quarter of Earth’s population—begin the month of Ramadan. For Muslims, the period of Ramadan is not fixed: As the Islamic calendar is lunar, the sight of a crescent moon signals the official start of this very important month. (Note: Starting dates in communities around the world may vary by location and by method of calculation. In the United States, this year, estimates are that Ramadan may begin at sundown on April 1.)

The end of Ramadan—the ninth month of the Islamic calendar—is met with Eid al-Fitr, a festival of the breaking of the fast. Eid al-Fitr marks the beginning of the next lunar month, Shawwal, and is a time of great feasting and family celebrations.

NEWS 2022: As pandemic restrictions continue to ease and lift around the world, many Muslims prepare to gather in-person during Ramadan, this year. (Check out this article by CBC News, on the Ramadan 2022 plans of several Muslims.) For those hoping to host guests this year, The National reported on home decor trends appropriate for this year’s observance of Ramadan.

Looking for recipes? Bon Appetit and Epicurious have released menu plan ideas and more for Ramadan 2022. 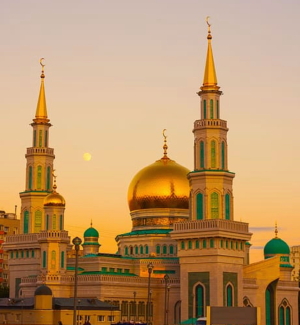 An Islamic mosque, in Moscow. Photo courtesy of Pxfuel

Muslims observe the month of Ramadan with a strict sunrise-to-sunset fast, which means that nothing passes the lips during those hours. All food and drink (including water) is prohibited. Meanwhile, prayer is increased, as is reading from the Quran. According to Muslim belief, the first revelation of the Quran to Muhammad occurred during Ramadan, and as such, observance of the month is one of the Five Pillars of Islam. During the month of Ramadan, Muslims partake in a pre-dawn meal known as the Suhoor, and do not return to eating until after sunset—with the iftar. Three dates customarily break the fast each day of Ramadan, prior to the iftar.

In addition to fasting, Muslims donate to charity during Ramadan. Charity, known as zakat, sometimes translated as “the poor-rate,” is an obligatory practice.