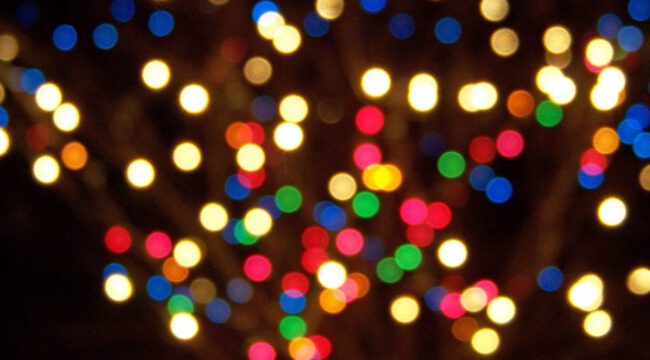 TUESDAY, DECEMBER 8: This month brings a season of light for several world religions, and as Christians light candles for Advent and Jews light candles on the menorah, Buddhists celebrate light with a holiday known as Bodhi Day (or, in Zen Buddhism, Rohatsu).

As Christians spend the weeks surrounding Christmas in a revel of lights and celebration, so some Buddhists string colored lights onto a ficus tree, in representation of the many paths that can lead to enlightenment. Some may bake cookies in the shape of the Bodhi tree’s leaf, in recollection of Buddha’s enlightenment beneath the tree in Bodhgaya, India. (Family Dharma has ideas for celebration). Buddhists everywhere perform good works and services for others.

The historical Buddha was born Siddhartha Guatama, a wealthy nobleman, in approximately the 6th century BCE (date calculations may vary). Having been shielded from the realities of death and sorrow throughout childhood, it wasn’t until he reached his 20s that Siddhartha was exposed to the concept of suffering and sought to discover its root. After years of asceticism deep in the forests of India and Nepal, Siddhartha was beneath a tree in Bodhgaya one cool winter’s night when he came to several realizations. Within the pages of the Pali Canon, discourses written by Buddha describe the three stages of enlightenment, that night: understanding the need to break free of the cycle of life and death, the laws of karma, and the Fourfold Path. Finally, at the end of the realizations, Siddhartha reached nirvana. At this time—at age 35—he became known as “Buddha,” or “enlightened one.”