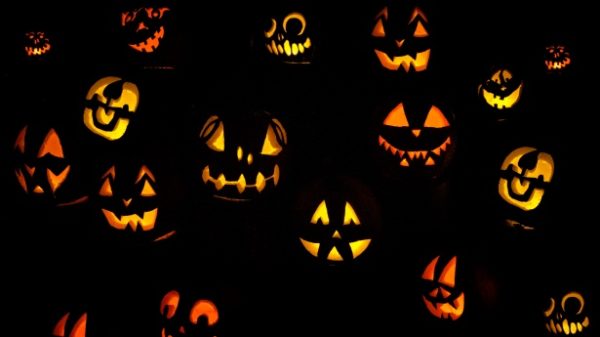 Rooted in a centuries-old Gaelic and Irish seasonal festival known as Samhain, Halloween is considered by many to be the only time of year that spirits can roam the earth: From Samhain to Mexico’s Day of the Dead, world cultures celebrate the belief that at this time of year, the veil between this world and the next is particularly thin. Don’t worry, it’s not all solemn and bone-chilling, though—today’s secular Halloween also brings out bright Jack-o-lanterns, loads of candy and a pretty good excuse for adults to join in on the costuming fun with kids!

As Western cultural influences spread worldwide, Halloween has steadily been gaining global popularity—even in countries as far from North America as Japan, Australia and Africa. Western images of witches, black cats and trick-or-treating now have circled the planet. In some countries, bonfires and fireworks are common additions to nighttime trick-or-treating. 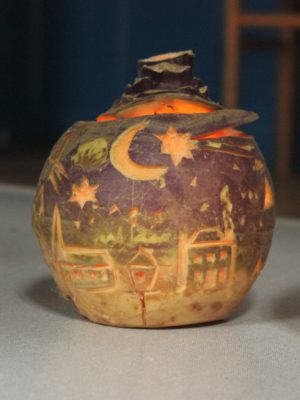 A turnip carved for Hop-tu-Naa, a Celtic festival that is the celebration of the traditional Celtic festival of Samhain, observed in the Isle of Man on October 31. Photo courtesy of Wikimedia Commons

The original Samhain marked the end of the harvest season and ushered in winter, or the “darker half” of the year, in Gaelic Ireland, Scotland and the Isle of Man. Legend has it that spirits could easily come to earth, and many people would leave out food and drink for the roaming entities.

Did you know? In Gaelic Ireland, guising—donning a costume—was thought to “trick” ill-intentioned spirits roaming the streets near Samhain.

In many households, ancestors were welcomed to the table with particular enthusiasm, and large meals were prepared. Multiple sites in Ireland were, and still are, associated with Samhain, and the spirits that emerge there at this time of year. Hallowed-out turnips were lit with a candle and placed in windows, their carved faces frightening bad spirits.

ALLHALLOWTIDE: THE CHRISTIAN TRIDUUM OF HALLOWEEN

The triduum of Halloween, “Allhallowtide,” recalls deceased spirits, saints (hallows) and martyrs alike, in one collective commemoration. The word Halloween is of Christian origin, and many Christians visit graveyards during this time to pray and place flowers and candles at the graves of their deceased loved ones. The two days following All Hallows Eve—Hallowmas, or All Saints’ Day, and All Souls’ Day—pay homage to the souls that Christians believe are now with God. 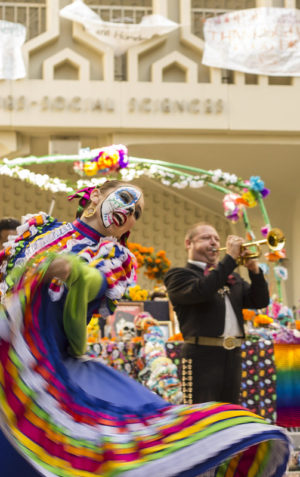 Did you know? Practices vary widely across the world’s many Christian denominations today. While Catholics, Anglicans and many other denominations retain the fuller liturgical celebration in their calendars, many Protestant and evangelical churches long ago abandoned the traditional three-day cycle.

However, “Allhallowtide” is a Christian term that emerged in the 1400s to describe this three-day period. For centuries, it was an important part of parish life in many regions. And, while most American Protestant churches have abandoned the larger observance, others are discovering that this opportunity to remember the “saints” can become a rich part of congregational life, especially in Latino communities.