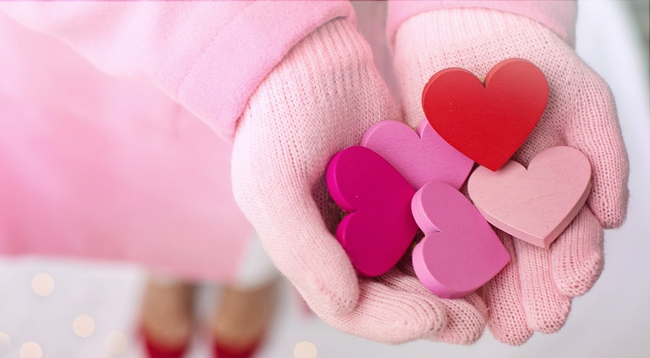 Photo by jill111, courtesy of Pixabay

THURSDAY, FEBRUARY 14: Hearts, expressions of love and sweet confections are flowing around the world today, marking the arrival of Valentine’s Day.

In ancient Rome, the fertility festival Lupercalia was observed February 13-15, although historians cannot document specific historical links between Lupercalia and the modern Valentine’s Day. For that matter, history doesn’t document any romantic association with Valentine’s Day until the poetry of Geoffrey Chaucer.

The embers of courtly love began glowing in the High Middle Ages, and by the end of the 18th century, Valentine cards were being produced and exchanged. Through the decades, Valentines evolved from lace-and-ribbon trinkets to paper stationery to a holiday involving more expensive gifts, chocolates and, more recently, jewelry. The U.S. Greeting Card Association estimates that approximately 190 million valentines are sent in the United States each year (not including the inexpensive Valentine cards exchanged among schoolchildren).

What are the characteristics of true love? The Huffington Post weighs in, with this article.

For couples: In early 2014, Pope Francis released an appeal entitled “The Joy of ‘Yes’ Forever.” Intended for engaged couples but suitable for anyone who is married, this is a perfect read for Valentine’s Day! Read it here.

2019 stats: The National Retail Federation and Prosper Insights & Analytics reports that this year, fewer people are planning to shop for gifts for Valentine’s Day—but those who do spend will be spending a record amount (read more from the NRF). The average shopper is expected to spend approximately $160 (a 13 percent increase from last year) for Valentine’s Day this year, totaling a record $20.7 billion.

THE ‘REAL’ ST. VALENTINE(S): A HISTORY AND A DOZEN 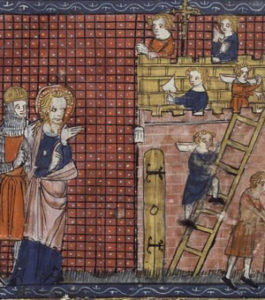 A depiction of Saint Valentine of Terni and disciples. Photo courtesy of Wikimedia Commons

Through the centuries, Christians have honored nearly a dozen St. Valentines, so any research into the history of the “real” St. Valentine quickly veers toward confusion.

The Encyclopedia Britannica states that St. Valentine is the “name of two legendary martyrs whose lives seem to be historically based. One was a Roman priest and physician who suffered martyrdom during the persecution of Christians by the emperor Claudius II Gothicus and was buried on the Via Flaminia. Pope St. Julius I reportedly built a basilica over his grave. The other, bishop of Terni, Italy, was martyred, apparently also in Rome, and his relics were later taken to Terni. It is possible these are different versions of the same original account and refer to only one person.”

American Catholic magazine—one of today’s most popular sources of information for Catholic families—states: “Although the mid-February holiday celebrating love and lovers remains wildly popular, the confusion over its origins led the Catholic Church, in 1969, to drop St. Valentine’s Day from the Roman calendar of official, worldwide Catholic feasts. Those highly sought-after days are reserved for saints with more clear historical record. After all, the saints are real individuals for us to imitate. Some parishes, however, observe the feast of St. Valentine.”

So,  if conversation today heads in the direction of  the history of the “real” St. Valentine, you’re on solid ground to state the simple truth: “Yes, but no one knows for sure.”

FEBRUARY 14 AROUND THE WORLD 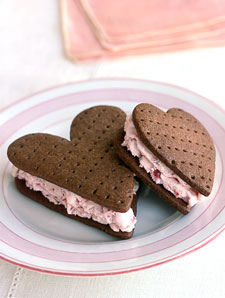 French and Welsh households commemorate Christian saints of love, and in Finland and Latin American countries, “love” extends to friends and friendships. Western countries most often acknowledge Valentine’s Day with greeting cards, candies and romantic dinner dates. However, in Islamic countries, many officials have deemed Valentine’s Day as unsuitable for Islamic culture.