“He brought to Christianity an idea of poverty against the luxury, pride, vanity of the civil and ecclesiastical powers of the time. He changed history.” 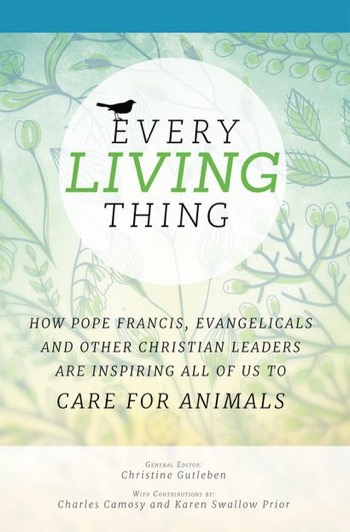 WEDNESDAY, OCTOBER 4: Coast to coast, a small but growing number of churches host autumn pet blessings, honoring St. Francis of Assisi whose official holiday falls on a Wednesday this year. If you are looking for Francis-themed services in your area, check local news sources or congregational websites in your area.

The United Methodist Church’s website offers resources for pet blessings with instructions similar to many mainline denominations—that is, to be used anytime or as close to the October 4 feast day as congregations may find practical.

St. Francis of Assisi certainly is one of the world’s most widely revered saints, especially since the current pope, when elected in 2013, publicly chose Francis’ name and promoted his spiritual example. Mainly associated with concern for animals and the environment, St. Francis of Assisi lived only into his mid 40s, but made a unique impression upon the world. St. Francis founded the Franciscan Order. He also is widely credited with creating the first crèche, or Christmas Nativity Scene. He constantly tried, however possible, to imitate what Jesus had said and done.

Saint Francis with the Animals. Photo courtesy of Wikimedia Commons

Born Giovanni di Pietro di Bernardone, St. Francis was born 1181/1182 CE in Assisi, Italy. Nicknamed “Francesco,” for “Frenchman,” Giovanni’s father desired for his son to share a love of the materials trade, silk and acquired wealth. Though sympathy for the poor was evident in his childhood, it wasn’t until he became a young man that Francis began to question his way of life.

Despite his father’s threats and beatings, Francis began preaching in the streets. Followers came to him, and the group known as “Lesser Brothers” claimed no material possessions. (Wikipedia has details.) In 1210, Francis’ Order was officially approved by Pope Innocent III. Later, Francis founded the Order of Poor Clares—an enclosed religious order for women—and the Order of Brothers and Sisters of Penance. In 1224, while praying during a 40-day fast for Michaelmas, Francis had a vision of the Exaltation of the Cross and received the stigmata. (Learn more from Catholic.org.)

St. Francis believed that nature was the mirror of God. In his Canticle of Creatures, St. Francis refers to “Brother Sun,” “Sister Moon” and even “Sister Death.” The saint called all creatures his “brothers” and “sisters,” with stories written of his preaching to the birds and convincing a wolf to stop attacking nearby villagers if they agreed to feed him.

Francis died of illness in 1226, and in July 1228—less than two years after his death—he was proclaimed a saint.

Many Christian groups offer online samples for pet blessings. The United Methodist website is linked above. Here’s a link to materials from the Episcopal Church. Another popular source is Let All Creation Praise, a website with eco-friendly Christian themes. The Humane Society of the United States also offers many free, online St. Francis-related stories and resources, including on this page within the HSUS website.