WEDNESDAY, OCTOBER 31-FRIDAY, NOVEMBER 2: Deeply rooted in a centuries-old Gaelic and Irish seasonal festival known as Samhain, today’s Halloween is considered by many to be the only time of year that spirits can roam the earth. From Samhain to Mexico’s Day of the Dead, world cultures celebrate the belief that at this time of year, the veil between this world and the next is particularly thin and ancestors are held close. Don’t worry, it’s not all solemn and bone-chilling, though—today’s secular Halloween also brings out bright Jack-o-lanterns, loads of candy and a pretty good excuse for adults to join in on the costuming fun with kids. So grab your best ghoulish mask and get the (Halloween) party started! 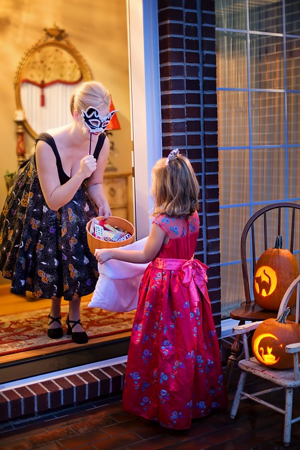 Halloween’s secular side has emerged during the past century, and today, trick-or-treating, carving pumpkins, visiting haunted houses, watching horror movies and dressing up like favored characters has become custom in Western culture. Recent estimates are that the very diverse American business of “haunted attractions” brings in hundreds of millions of dollars each year, and the commercial elements of Halloween have spread from North America to Europe, South America, Australia, Japan and parts of East Asia. 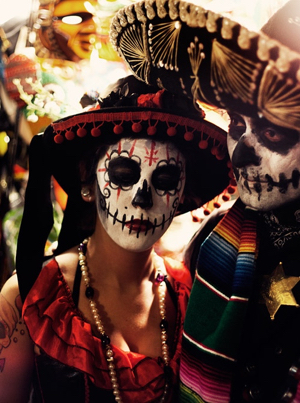