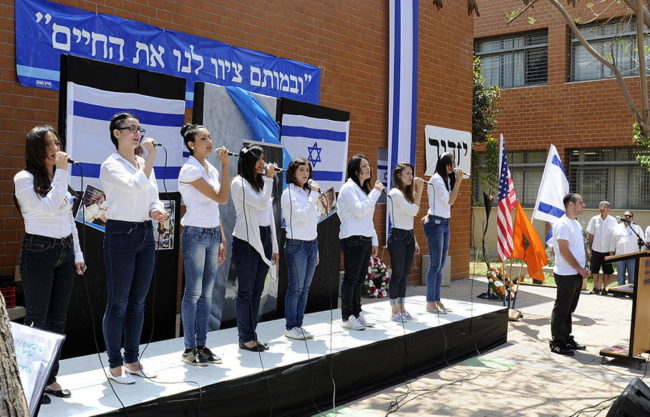 SUNSET TUESDAY, MAY 7 and SUNSET WEDNESDAY, MAY 8: Commemorations in Israel begin at sunset on Tuesday, May 7, this year, for Yom HaZikaron and Yom Ha’atzmaut. In the Israeli calendar, Memorial Day (or Yom HaZikaron) is followed by the celebration of Independence Day (or Yom Ha’atzmaut), as a way to begin the celebration of freedom with a day-long solemn remembrance of the cost of that freedom. In the Jewish calendar, these days traditionally fall on the 4th and 5th days of lyar, the eighth month of the year.

Israel gained its independence in 1948, and an elaborate ceremony occurs each year on Mount Herzl in Jerusalem. During this ceremony, members of the Israeli Parliament speak, dramatic presentations celebrate the nation’s history and soldiers march with the flag of Israel while creating formations like a Menorah. Traditionally, 12 torches are lit to represent the 12 tribes of Israel.

During the day, many Jewish families celebrate similarly to the American Independence Day, with picnics, family gatherings and a generally festive air. (My Jewish Learning details some of the customs associated with Yom Ha’atzmaut.) In many areas, Israeli folk dances are organized in the streets at night.

An Israeli government website now provides an inspiring list of readings for individuals and families marking these observances. Some are widely known and used, but—even if you regularly mark these occasions—you may find some interesting texts here that you haven’t seen before.

Here is the Israeli selection of readings for Remembrance Day.

And, here is the list of readings for Independence Day.