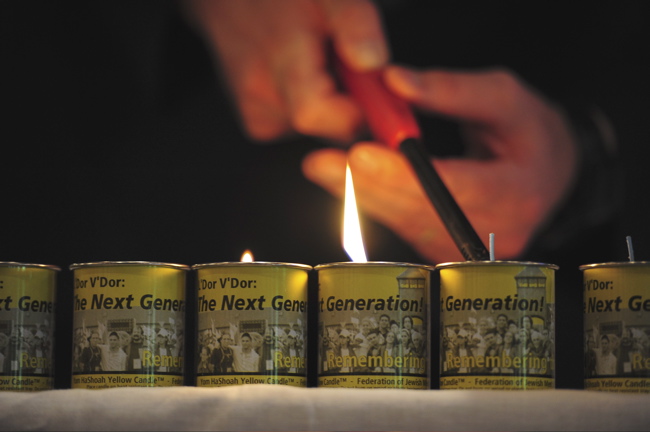 SUNSET WEDNESDAY, APRIL 11: An Israeli memorial for the 6 million Jewish deaths during the Holocaust is commemorated today as Yom HaShoah, or Holocaust Remembrance Day. In Israel, state-sponsored and synagogue ceremonies, moments of silence and a March of the Living all mark this solemn observance.

Literally “Holocaust and Heroism Remembrance Day,” Yom HaShoah has been defined, in recent decades, as having a scope broader than the millions of deaths at the hands of the Nazis and their allies: The millions who mark this annual observance also remember the Jewish resistance during that era, they celebrate righteous acts in such dangerous times, and they emphasize the meaning of human dignity.

#PROJECT6MILLION: Interested in taking a vow of remembrance and a pledge for human rights? Check out Project6Million, a memorial movement that began with 24 American teenagers and their chaperones in April of 2011, after they had experienced the March of the Living on Yom HaShoah. 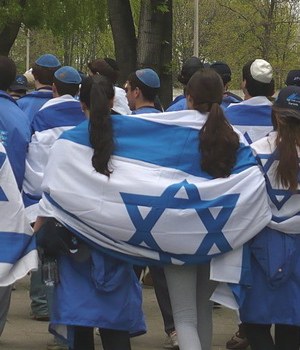 Walkers in the March of the Living. Photo courtesy of Wikimedia Commons

MARCH OF THE LIVING: FROM AUSCHWITZ TO BIRKENAU

Each year for this day of remembrance, thousands of Israeli teenagers, Jews and non-Jews from across the globe embark on the March of the Living, a ceremonial walk that vividly contrasts the Holocaust death marches.

Fast fact: Since its inception in 1988, more than 260,000 people from 52 countries have marched from Auschwitz to Birkenau on Yom HaShoah.

YOM HASHOAH: THEN AND NOW

In 1953, Israeli Prime Minister David Ben-Gurion and Israeli President Yitzhak Ben-Zvi signed the proposal for Yom HaShoah, enacting it as law. In Israel, Yom HaShoah is a national memorial day. Flags are flown at half mast; sirens blare in the evening and the following morning; services are held at military bases, in schools and by various organizations. Though no specific rituals are carried out on this day, memorial candles and prayers are common.